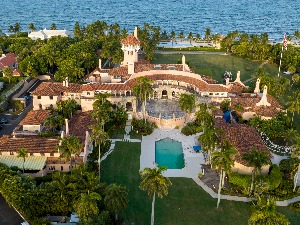 The Justice Department told U.S. Judge Bruce Reinhart in its request for the warrant that it has probable cause to believe Trump violated the Espionage Act, a federal law that prohibits the possession or transfer of national defense information.

According to the Wall Street Journal, the FBI took 20 boxes from the Mar-a-Lago estate containing documents, photo albums, a handwritten note and an executive order for the pardon of Trump ally Roger Stone.

The list of seized items also includes information about the president of France, the newspaper writes, but it is not clear whether it is the current head of state, Emmanuel Macron.

The revelation that Trump had documents marked as “top secret” could create a major legal hazard for him.

Watch: How Nursing Homes Put Friends and Families on the Hook for Residents’ Debts