FILIP MAKULJEVIĆ THE GREATEST HOPE OF MAJDANPEČ SPORT! He introduced the title of Serbian kickboxing champion to town of miners when he was solely 12 years outdated! 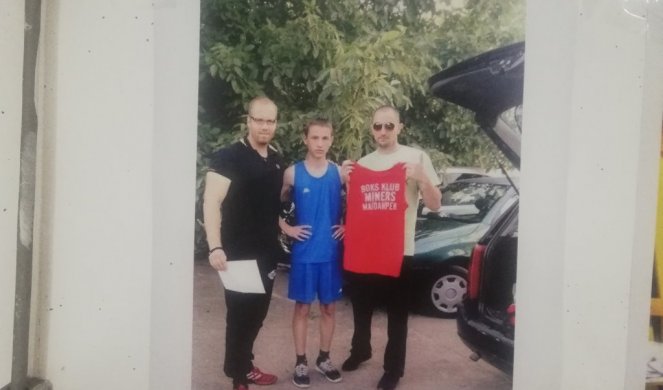 In addition to seniors, MMA competitors, boxers, kick boxers, the club gathers about fifty girls and boys who train hard and achieve very enviable results in numerous competitions. Majdanpek boxing club “Miners” ranked third at the recent championship of the Association of Southeast Serbia of 19 clubs. From this championship, the competitors from Majdanpek, who won five medals, brought three gold medals to Majdnapek, the coach of Majdanpek boxers and the president of the “Miners” club told Informer.

– We compete in three sports in parallel. In boxing, kickboxing and MMA-mixed martial arts. For such a small environment, the club is developing with incredible speed, progressing and achieving enviable results. In addition to the senior professional MMA fighters we have, Miljan Djordjevic stands out among the professional fighters. We have recently had two side reinforcements in our ranks. Professional MMA fighters, Nemanja Nikolić and Milan Novaković, who are now boxing for our club with over ten professional matches in the country and abroad, which is a special part. However, what makes me especially happy is that our boxing club “Miners” was created by the idea of ​​a few of us guys from the area, enthusiasts, with the desire to separate the children from the street and focus on playing sports. And we succeeded in that. Today, in our boxing plant, we gather about 50 young hopefuls, of which five girls stand out for their talent, and among the boys we already have a lot of them with medals from numerous competitions. Certainly the biggest future of Majdanpek kickboxing is twelve-year-old Filip Makuljević, who recently won first place in his category at the state championship of Serbia in Kraljevo and brought gold to Majdanpek – coach Ivan Djordjevic proudly points out, who is not alone in this job, but he is also helped in everything by engaged coaches from the side, hardened fighters in these skills.

Filipa Makuljević, who certainly represents the greatest young hope of the Majdanpek variety, is not an ordinary child. As his coach says about him, this boy, who is only 12 years old, is a sixth grade student at the Elementary School in Majdanpek, he has all the predispositions to become a big name in kickboxing. A naturally talented child, he has everything that a top athlete should have, especially one who has decided to practice martial arts. A good psyche, which does not lack a sports heart. He masters everything that is shown to him with ease, and motivation, which is an important factor for a champion, is his most pronounced trait.

That is why Filip recently brought gold from the championship of the Association of Southeast Serbia in kickboxing to Majdanpek, but also perhaps the most valuable recognition, the title of the state champion of Serbia. The showcases of the club would surely be adorned with another gold from the MMA skills championship, if it was against the candidate for Filip, coach Ivan Djordjevic is confident.

– In the final match at the state championship, I met my peer from Novi Pazar. I was not scared, I am never afraid, because I always go out in the ring with a great desire to win, I believe in myself and that’s how it is. It is a great effort, work and sacrifice, and that is why I never miss gold, which is why I am very happy when I return to my city from the competition. I love this sport, I live for it, coach Ivan is not strict and I carefully absorb everything he points out to me to pay attention to – says this nice boy who in so few years already bears a great responsibility. Retain and defend the title of national champion.

What Majdanpek boxers sincerely hope and rightly expect, considering all the achieved results and medals they bring to their city and municipality, to enable them to get a professional ring, in order to create all the conditions for small Majdanpek to become such athletes with such athletes. a venue for major boxing competitions. It is also the right way for a sport that is expanding in the city of miners to gain even more supporters, especially among the youngest population.