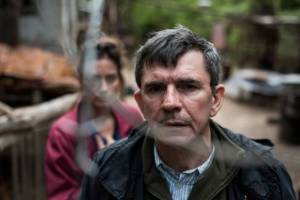 BELGRADE: The psychological thriller Darkling directed by Dušan Milić has been selected as Serbia’s candidate for the 95th Academy of Motion Picture Arts and Sciences award in the Best International Feature Film category. The film is a Serbian/Danish/Bulgarian/Italian/Greek co-production.

In the mountainous outback of Kosovo, in a household surrounded by a dense forest, Milica lives with her mother and grandfather. When the night falls, the family barricades in the house, frightened by the terror coming out of the woods. Is that horror of the defeated house an echo of the recent war, or just their imagination, as the KFOR officials admonish them?

Darkling won the Audience Award at the Trieste IFF 2022 and the Best Regional Film Award at FEST 2022 in Belgrade, among others.

WIDE is handling the sales.

Watch: Their Baby Died. The Medical Bills Haunted Them.