Gjakova, inflated tires on the automotive of a good friend of Dragica Gasic 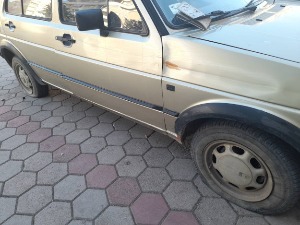 An unknown person inflated the tires on Vuksan Gojković’s car, which was parked across the street from the building where Dragica Gašić lives.

Gojkovic is helping Gasic with the intention of continuing her life in her hometown, after more than 20 years of displacement.

The Serbian list condemned the violence against Dragica Gasic and her friend. “It continues persecution of Dragica Gasic and the entire Serbian people before the eyes of the world, with the silence of the representatives of the international community in Kosovo and Metohija, but also Brussels, “the statement reads.

“As usual, the perpetrators are being searched for and will never be prosecuted,” the Serbian List points out.

The statement states that “the obvious intention is to discourage Dragica, but also all the people who help her, get scared and give up the right to life, the right to be on their own.”

“The silence of international representatives can be characterized as a classic example of complicity in this persecution, which deeply affects the Serbian people, who have so far become accustomed to the anti-Serbian actions of Kosovo institutions, and this is a novelty in our lives. It has been happening to our people since 1999, and this has intensified in the last few months, “the Serbian List concludes.

“And whoever has a brother has the world”