Gold Ag comes out openly AGAINST the Pride Parade in Prishtina “Forgive us ..” 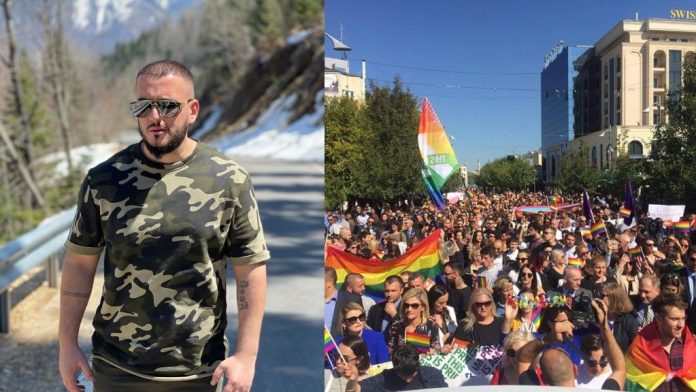 Today (July 1) the Pride Parade was held in the Kosovar capital, Prishtina.

The March for the Pride Parade started today at 11:30 in “Skënderbeu” Square, while the motto for this year is “Together and Proud”. The famous rapper Gold Ag has come out against this parade several times.

Known for his more conservative views and a devout believer in Islam, he would certainly not accept any way to support members of the LGBT community in their cause. Unlike the previous times when she had reacted more often, Ariani decided not to pass it in silence but with softer words, openly showing that she is still against this parade that has been opposed since the beginning of its organization in Prishtina in the years of last.

Part of the march was a large number of people but surprising is the fact that there was a lack of public faces in support of the LGBTI community./party