GONDOLA ALARM! Rescue groups intervened above the abyss, all passengers had been efficiently evacuated / VIDEO / 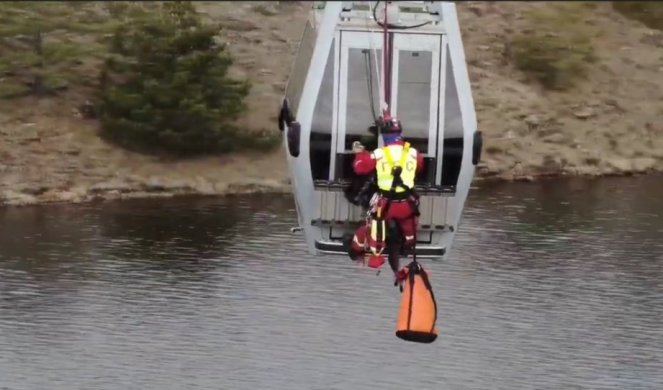 While two cabins with passengers were hanging over the lake, rescuers from the Mountain Rescue Service started the rescue operation. One group immediately came to the place under the gondola with two boats on the lake, while two rescuers started to climb the nearest pole of the gondola.

Then, with autonomous cable movement systems, they reached the gondola, and then lowered the passengers from the cabins into the boats that were on the lake, and then drove them to the shore, where the other actors of the rescue exercise were waiting for them. In a short time, they managed to evacuate all the passengers.

– The evacuation went smoothly. The guys on the water and on land did their job flawlessly, so in my opinion it is a complete success – said Milan Tomić from the Mountain Rescue Service.

A total of ten teams with about fifty GSS rescuers took part in this action, with the support of Gold Gondola employees.

GOOD MORNING, GREETINGS FROM ZLATIBOR, IT IS VERY COLD! The video that makes the WHOLE INTERNET LAUGH – YOU HAVE TO WATCH this BLONDE / VIDEO / 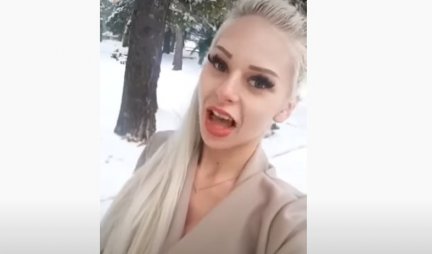 NOT FOR THOSE WITH A WEAK HEART – HER SCREAM FROZEN ZLATIBOR! Chaos on the recording of the show, the host shivered with fear, but there was no one to … 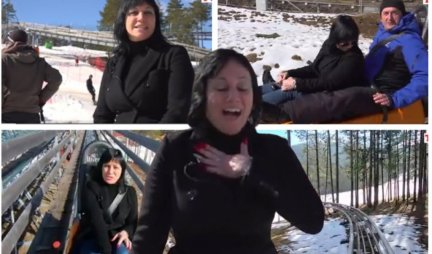 GSS coordinators Marko Avdić and Aleksandar Ravas state that the procedure is standardized, because wherever the gondola is stopped, it is the same for them, but in this case they had support from the lake. 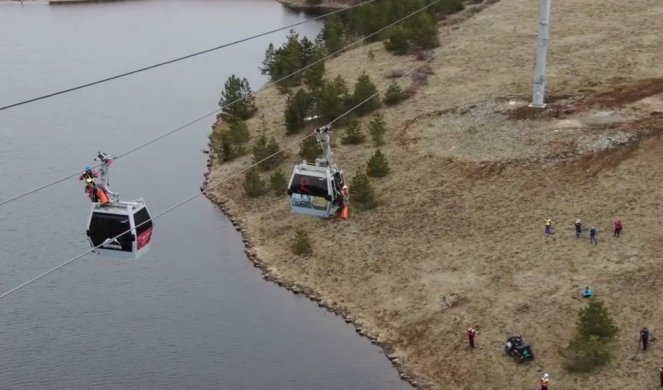 Milomir Tucović, Executive Director of PE “Gold Gondola” said that the exercise was performed as part of regular, technical inspection and servicing of “Gold Gondola”, and the goal is to synchronize the work of all actors in the rescue and include others, namely the Mountain Rescue Service , firefighters, MUP and Health Center. By the way, in three months, the attractive gondola on Zlatibor has transported more than
70,000 passengers.