He has enormous help in Australia, Djokovic’s present is for certain 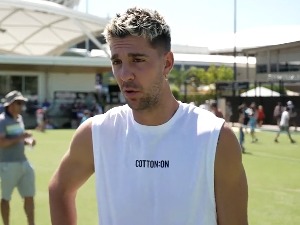 The defending champion of the tournament in Adelaide, Kokkinakis, also stated that there is strong competition for the first trophy in the new season of the ATP tour.

“Novak has huge support in Australia. He did well at the Australian Open. It is certain that we could watch Djokovic’s show again, but there are many capable players who can win the title,” said Kokkinakis.

The Australian begins his defense of the trophy with a duel with the American Miximo Cressy, while Novak Djokovic plays against the Frenchman Constant Lestien in the first round.

Novak has already stepped onto the court of Adelaide in doubles, where he is together with Vasek Pospišil experienced defeat in the first round.