Hitchhiking information by way of Yugoslavia and Europe – it isn’t a matter of cash, it is their purpose 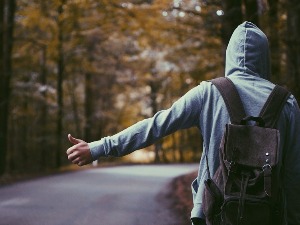 In the spring of 1971, Dragan Arandjelovic “raised his thumb” for the first time. In 50 years, he met the entire former Yugoslavia and Europe. He mostly went to concerts, and he transferred 18 stories to the book How We Hitchhiked to Guinness.

“What I know for sure is that I went all over Europe 6-7 times and those were trips of a month each,” says Dragan Arandjelovic.

Earlier, he mostly went on trips with his godfather. That is how they met Dieter Wesch in Germany, a man who entered the Guinness Book of Records for the number of hitchhikers received.

“He bragged to us when we got in his car, that he changed the car, that he bought a caravan because he couldn’t fit things from the people he drove, and while driving us, we stopped and received two more,” recalls Dragan’s friend. Nenad Tancic.

“We were really fascinated that we, the passionate hitchhikers, who live for it, become someone like that,” adds Dragan Arandjelović.

They say they have never experienced any inconvenience, and that drivers have often offered them money to help.

“I take out my wallet and show him the cash and the plastic and say that I have money, and he asks me why you are traveling like this, because it is my intention,” Arandjelović points out.

The book is also a guide to the concerts they hitchhiked from the Rolling Stones and Sting, to Neil Young and the band Jes.

Prince Leka: King Zog died at the age of 66, our family remembers him with reverence – Latest News

AAK holds a press conference at 12:00, talk about the pandemic – Latest News