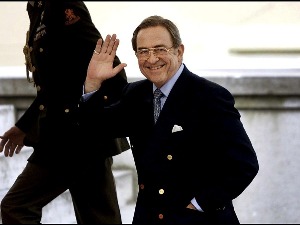 The last king of Greece, Constantine II, died yesterday in Athens at the age of 83. Agencies have reported the most important facts from his official biography, and we also reveal some interesting details from his youth.

He spent his early childhood in exile due to the German occupation during World War II. The royal family fled first to Crete, then to Egypt, and then to South Africa, and those African years would leave a strong impression on the young prince’s upbringing.

The Greek royal family’s official website says Constantine spoke fluent Arabic with servants in Egypt, while one of his earliest childhood memories was happily chasing a stray cow off a flowery lawn while holding the hand of the South African prime minister, in whose Cape Town home they were then living. .

He returned to Greece in 1946, and the following year his father, Prince Pavlos, would become king, after the death of his brother George II.

In Alexandria, Constantine attended Victoria College, where, according to the Greek media, his classmates included the future King Hussein of Jordan, as well as the future famous Hollywood star, actor Omar Sharif.

The young heir to the throne was a passionate athlete. He loved sailing, swimming, athletics, hockey, volleyball… He also practiced martial arts, and had a black belt in karate.

Sailing made him the most famous, because in that sport, as a 20-year-old, he won an Olympic gold medal for his country at the Olympic Games in Rome in 1960. It was the first Olympic gold for Greece in almost half a century, as the previous gold medal had been won back in 1912. The people welcomed him as a hero.

It is interesting that his sister, Princess Sofia, the future Queen of Spain and wife of King Juan Carlos, was in the second crew, who prepared equally diligently and devotedly for the performance in the Olympic team.

During his studies, he often accompanied his parents during official diplomatic visits, and he also met numerous world leaders of that time. There is also an anecdote that Yugoslav President Tito challenged him to play a game of chess, during which he learned one of the first diplomatic lessons of his life.

After a tied result, they played a master’s game and Konstantin was in a position to win. Then his father discreetly pushed him under the table, letting him know that he was expected to hand the victory to Tito.

Constantine was married to the Danish princess Anna Maria, sister of the current Queen Margrethe II, with whom he has five children.