I flew to the peak of the explosion, I SAW THAT MY LEG WAS BROKEN, EVERYTHING BLACKED … Jelica is a residing witness of the horrible destruction of town on the Danube eight many years in the past / PHOTO / 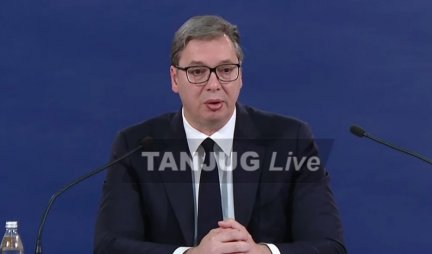 – That day is so sad for me because my father died, and now I would cry – he remembers the only living witness to the tragedy, Jelica Jovanović, who was 13 years old on June 5, 1941, the day of the ammunition explosion in the Smederevo Fortress.

It was Thursday, market day. The cashier of the Bank Administration in Smederevo paid the arrears of three-month salaries. The students of the Gymnasium came for their testimonies. And train no. 4714, which was going from Smederevo to Mala Krsna and Pozarevac, due to the influx of a large number of people, not only in passenger, but also freight cars, did not leave the station according to the timetable at 2:12 p.m. The two-minute delay due to the crowd at the train station was fatal for everyone who was in it at 2:14 p.m., at the time of the explosion.

According to German military reports, the first bang was heard at the main gate, after which a fire broke out and spread quickly. The second, then the third, most powerful explosion immediately followed, when the entire warehouse exploded.

– It was certainly the greatest tragedy that affected the Serbian people since the April War and the establishment of the German occupation administration in the central part of Serbia, but also in the Second World War in general. The large number of dead, the exact number of which we will probably never know, is still a burden today. The number of severely and lightly wounded, psychologically traumatized for the rest of their lives is extremely large, and the urban core of the town is completely devastated, thus the everyday life environment of the people of Smederevo until then – says Milan Lazić, senior curator and historian of the Museum in Smederevo, who, on the occasion of the eightieth anniversary of the June 5 explosion, prepared a publication about one of the most important events in the history of the city.

DAMAGE IN ČACANA’S “SLOBODA” FROM 1.5 TO 2 MILLION EUROS Vučić: Three helicopters set out to put out the fire

THIS IS WHAT THE MOST POWERFUL EXPLOSION IN THE SPACE that scientists have ever managed to record looks like! / VIDEO / 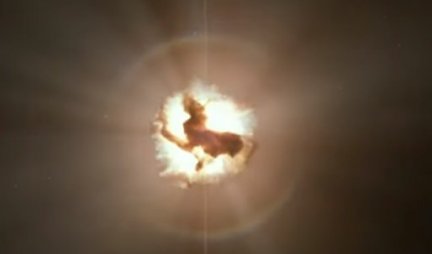 Even after eight decades, there are no reliable facts about the cause of the explosion and the number of casualties. It is only certain that 70% of all houses were more or less destroyed under a strong blow of great power, which took away almost the entire city in just a few seconds. The quake was felt in a diameter of 50 kilometers, and the damage was visible on objects up to 10 kilometers away from the place of the explosion. The massive walls of the largest plain fortification in Europe did not resist either.

– A series of explosions threw all the ammunition into the air, on and off, large quantities of stone from the Smederevo fortress, parts of the building, trains, trees … People also flew. Many survivors later testified that the force of the blow simply tore all their clothes off. These were scenes of unimaginable destruction. The explosion destroyed everything in front of it, with gunfire, crashing, whistling, and the thick darkness of burnt explosives, ammunition, ashes, dust terrified the population – states our interlocutor. 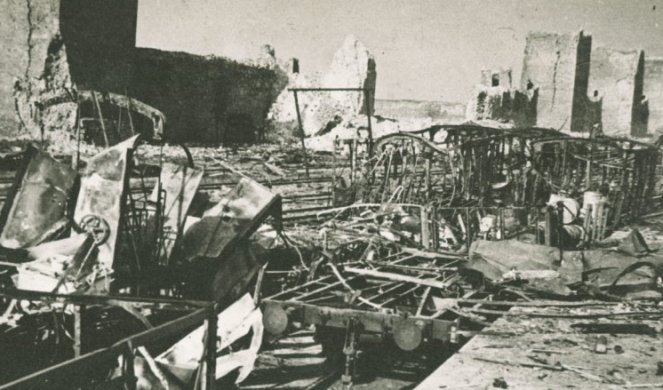 There are many different interpretations of the cause of the tragic event – from sabotage
communists, to the speculation that the German ammunition depot blew up no less
than personally Mustafa Golubić, who was seen in Smederevo before the explosion, and when the Gestapo
arrested on June 7 in Belgrade, and shot shortly thereafter.

According to German military documents, the Smederevo Fortress contained about 374 tons of TNT in barrels, 2,800 tons of ammunition of all kinds with 172 tons of explosives and gunpowder and 425,000 packed detonators. The commission for determining the damage from the explosion made a note on July 27, 1941
on the destruction, according to which, out of a total of 2,488 buildings and houses in Smederevo, only 25 were undamaged, while 142 were completely demolished.

Two weeks later, the Committee for the Reconstruction of the City and the Care of Refugees was formed, and it is on it
headed by Dimitrije Ljotic. The general mobilization of the people followed, and there was a clearing of the ruins
About 450 Jews brought from Belgrade were hired and “relocated” at the end of 1941.

Significant funds were collected and provided, work was planned, and the architectural renovation was carried out in the traditional Serbian style. However, the shadow of the influence of the leader of the Yugoslav People’s People’s Movement, Zbor, who used his position to realize his political goals, remains over the entire business.

According to the most reliable estimates, the number of dead is between 600 and 1,200

Several thousand were slightly and seriously injured. In Smederevo, which at that time, according to German sources, had about 13,000 inhabitants. Only a few passengers of the train, whose composition consisted of 25 wagons, survived. Among the victims are 17 actors of the Serbian National Theater from Novi Sad, who played a play in Smederevo the previous evening, as well as the only son of the future president of the Serbian government, Milan Nedić, with his pregnant wife.

Smederevo will mark eight decades of the greatest suffering with a memorial service in the Memorial Ossuary
at the Old Cemetery, where 485 celebrities and about 250 were buried in a common tomb
unidentified victims of the June 5 explosion, as well as a commemorative gathering scheduled at
Monument June 5, not far from the Fortress and the train station. 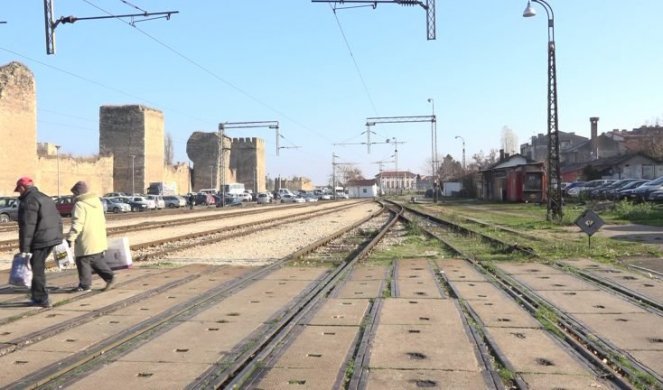 Bale will not retire, he is in Ancelotti’s plans at Real Madrid – Latest News