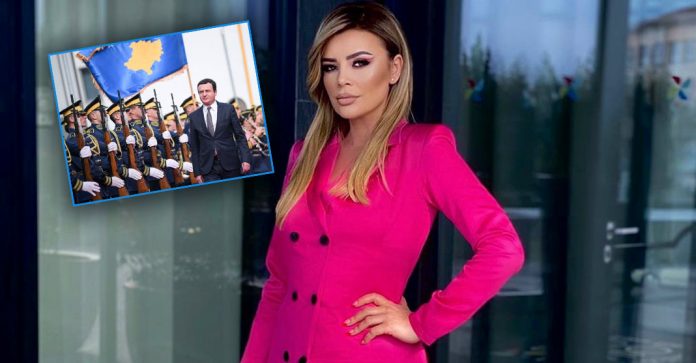 The well-known Albanian singer, Mimoza Mustafa, was recently invited to one of the chronicles of the show “Prive”.

She recounted the five most important dates in her life, citing different moments from her private and professional life.

While quoting that for her, dates like the one in Kosovo after the end of the war, the coronation, the birthday of her husband and son and the launch date of the album “Sadist” are important, Mimoza surprised by adding at the end a date of this year. She mentioned February 14 as one of the five most important dates in her life, but did not mention Valentine.

Singer Mustafa said that February 14, 2021 is important for her, because on this day were held the extraordinary parliamentary elections, where the winner was the party she supports, Lëvizja Vetëvendosje. “I am not one of those who just want change, I have been with the Vetëvendosje Movement for many years, I have been voting for it for 10 years.

And I think that this change that has come to us has been necessary, so there has been a lot of dissatisfaction, the difficult economic situation, then the old policy which is already being seen.

Then I experienced very badly the fall of the government as a citizen in times of pandemic, so it was hard not only for me, but for most.

I am a very big supporter of the Vetëvendosje Movement.

“I knew to be a lot of fans, maybe with friends or family when we discussed, and I defended my views,” said Mimoza.

The “Eagles” welcome Portugal, Pixie made modifications within the lineup