The “Eagles” welcome Portugal, Pixie made modifications within the lineup 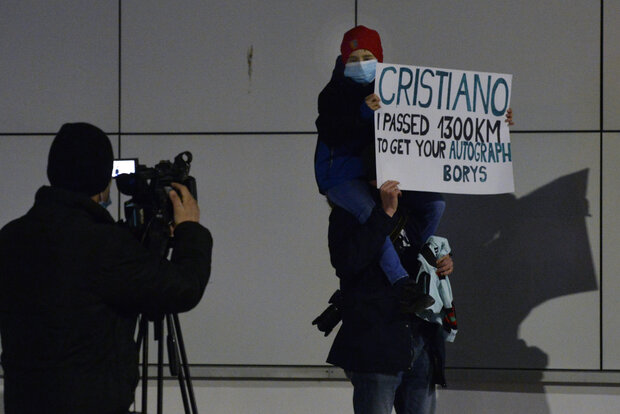 Formation of Serbia for the duel with Portugal.

Serbia’s team for tonight’s match against Portugal is out and it is … incredibly attack-minded!

Pixie really meant when he said we’ll attack European champions. Let’s see what that gets us … #SRBPOR #WorldCupQualifiers pic.twitter.com/zF6TpLGLhU

Pixie’s players challenge Ronaldo and the team, the heart on the field for the new cult of the national team

On the wings of the victory against the Irish (3: 2), the Serbian national team welcomes Portugal in the match of the second round of the World Cup Qualifiers. There are three new points in the game one step closer to the World Cup. A totally different duel awaits us, primarily because it is a new rival, the European champion led by one of the greatest football players of today, Cristiano Ronaldo. Our selection has its trump cards. A spectacle at the Rajko Mitic Stadium is definitely waiting for us.

Ronaldo fulfilled the dream of Boris, but also of our Todor

Santos: We came to Belgrade to win

The selector of the Portuguese national football team, Fernando Santos, said that his team respects the Serbian national team, but that it came to Belgrade to win.

“We are aware of the quality of the Serbian team and individually of Tadic, Milinkovic-Savic and others, not to mention … I believe in the self-confidence of my team, I believe that we will have more possession of the ball and that we will attack. I believe in a difficult game, but also in the desire to win, “Santos said.

Mitrovic: Serbia has a place at the World Cup

“We are all here because of Serbia, we play for the coat of arms, the flag, it doesn’t matter how many minutes they get, who is the starter or the reserve. The only important thing is to achieve the goal, which is to take Serbia where it belongs, to the World Cup. Qatar “, said Aleksandar Mitrović.

Pixie before the duel with Portugal

“We will not change anything in approach, yes, we will attack Portugal. It is no secret, my players know that and we will play offensively and bravely. It is no threat, but we will simply play like that. It will not be easy for them against us, I am sure of that, I expect an open ‘fight’. There is no tradition in our dictionary, “Pixie is clear.

Serbia and Portugal successfully started the campaign for the World Cup, as the “eagles” were better than the Republic of Ireland with 3: 2 after the turnaround, while Cristiano Ronaldo and his friends defeated Azerbaijan with a minimal result.

Ireland and Luxembourg will meet in the second match of Group A.