“I packed my clothes, I do not want to go to your house”, Loredana reacts after Mozzik statuses: “Do not talk to me anymore…” 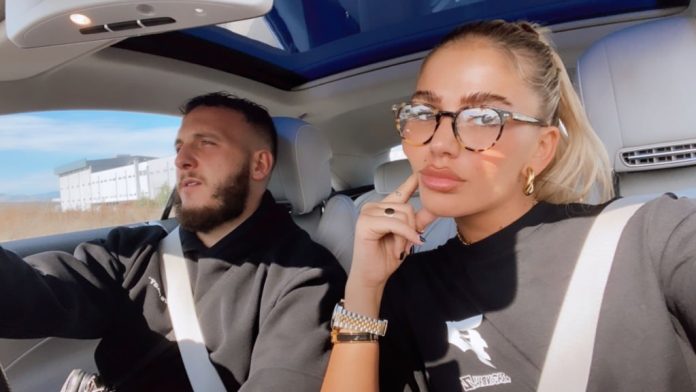 Mozzik and Loredana are undoubtedly the most beloved couples of the Albanian public.

The charming couple after the birth of their daughter Hannah, remained separated for a while and although in the media stated that there is no turning back however the reunion took place and this greatly delighted their many fans. And while things were going wonderfully in both private and professional life where they brought many hits, the couple surprised us again, the news is circulating on the network that the artists are going through a crisis or are separated again.

The suspicions were raised through a simple check on social networks where it is seen that the couple do not follow each other, suspicions of separation were added even more by the rapper with a series of bites that were taken directly for his wife. “Do not let idiots ruin your day, do not forget to love yourself first rule number 1: do what makes you happy, just because you miss someone does not mean that you want him back in your life absence it is only a part of moving forward, do not seek happiness in the same place where you lost it once! ”- it is said in the posts in question.

But then, he reacted and said that his posts are not related to his current situation or concrete things in the life of the rapper, he wrote that they just like them and publish them because it will help someone who needs motivation. On the other hand, Loredana responded to Mozzik with an excerpt from the song “Let you down” by rapper NF. We do not know if the excerpt describes their relationship, but things do not look good at all.

“Don’t talk to me anymore, it won’t work now I packed all my clothes and left, I don’t even want to go to your house every time I sit in that chair I feel like he’s finally lecturing me, I bet we could have made it work and most likely I would have solved things but I think I am disappointed “, it is said in the song that Loredana has decided to publish on Instagram.