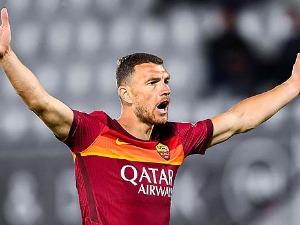 Dzeko arrived in the ranks of the Italian champions from Roma, as a replacement for Romelu Lukaku, he signed for two years and will be a teammate with Aleksandar Kolarov again.

In his statements for the media, Dzeko also referred to socializing and re-cooperating with the Serbian defender.

“We are in frequent contact and we have concluded that we cannot get rid of each other. I know him very well, he is a great guy and player and I am very pleased that we are teammates again,” said Dzeko, who was previously a teammate with Kolarov in Manchester. City and Roma.

The center forward from Sarajevo already played for Inter on Saturday in a friendly match with Dinamo from Kiev and immediately scored a goal in the 34th minute for a 2-0 lead.

Inter ended the match with 3: 0, and Dzeko confirmed that he is a great reinforcement for the current champion of Italy.

“I packed my clothes, I do not want to go to your house”, Loredana reacts after Mozzik statuses: “Do not talk to me anymore…”