I will be resting for a couple of weeks, ready for information from the US 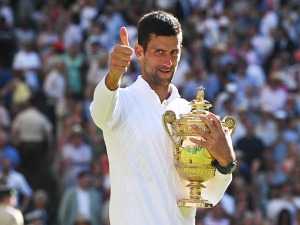 “This is a relief considering everything that happened this year. I have no pressure to end my playing career in a year, two, three. I want to be healthy to continue competing with the young lions,” said Djokovic at the official conference for the media, the BBC reports.

The Serbian tennis player said that he will rest for a few weeks.

“Then I’ll wait for, I hope, good news from the USA. If that doesn’t happen, I won’t worry about chasing points, and then I’ll see what my schedule will be like in the rest of the season,” added the Serbian tennis player.

Djokovic repeated that Wimbledon is something special for him.

“I am in seventh heaven and overwhelmed with happiness. I felt love and support from the audience. Every tennis player wants to feel support on the court, it is definitely easier when you are supported and cheered on,” said the Serbian tennis player.

Djokovic beat Kyrgios for the first time in his career.

“Nick had nothing to lose and I lost both of my previous matches to him. I was able to handle everything very well. It’s hard to read his serve, first and second. It puts extra pressure on you. It’s frustrating to see the ball just flies past you. Served me when I needed to, maybe the second one could have been better. In the fourth set, it was uncertain a few times, but then I got out of trouble with aces. The key was the tiebreak, and I knew that calmness is one of the key elements,” Djokovic concluded.

The Serbian tennis player won the 21st Grand Slam trophy in his career with his triumph in London.