Kosovo is for the continuation of the dialogue with Serbia 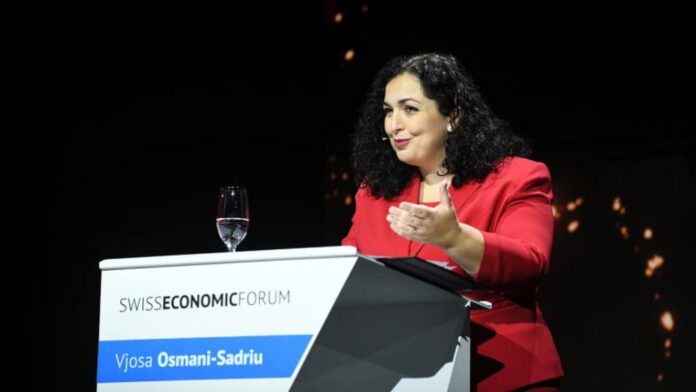 The President of Kosovo, Vjosa Osmani, who is paying an official visit to New York, met with the Prime Minister of Luxembourg, Xavier Bettel, whom he thanked for the support to our country so far.

“Kosovo expects support from Luxembourg in the issue of visa liberalization,” said President Osmani in a meeting with Prime Minister Bettel.

According to her, such support from Luxembourg is expected in the process of Kosovo’s membership in international organizations.

A special emphasis in this meeting was also placed on interstate cooperation.

“Kosovo still needs support, especially in the exchange of experiences and partnership for sustainable development.

We highly appreciate the assistance of Luxembourg in improving health services in Kosovo “, said Osmani, expressing readiness to deepen cooperation in the field of economic and trade exchange, but also in other areas of mutual interest.

“Kosovo is for the continuation of the dialogue with Serbia, which will result in reaching a comprehensive and legally binding agreement and which must end with mutual recognition and preservation of the unitary character of the Republic of Kosovo,” said President Osmani.

Meanwhile, regarding the current situation in Kosovo, the President reiterated that with the establishment of reciprocity for license plates, only the agreement with Serbia of 2011 and 2016 is being implemented. / Telegrafi /

Without water some neighborhoods in Prishtina, that is the reason