Kosovo the happiest in the region, according to the World Happiness Report – Latest News The Scandinavian countries are the happiest countries as they top the list of the World Happiness Report for 2020.

Finland, Iceland and Denmark are the three happiest countries in the world, according to a study based on a Gallup poll and development indicators.

Despite the year of the pandemic, in most countries the scoring for happiness has not changed.

Switzerland has improved two places compared to 2019, being positioned in fourth place, while Germany has climbed 10 places being seventh.

New Zealand is the only non-European country that is part of the list of 10 happiest countries, while Canada has dropped to 15th place.

Albania is ranked 63rd, while Kosovo is ranked 33rd, being the happiest country in the region.

As for other countries, Serbia ranks 48th, Northern Macedonia 94th and Montenegro 72nd.

The US has moved from 19th to 14th place, while for the UK there has been a deterioration of the rankings. Taiwan (19) is the happiest country in Asia, while Nigeria (59) is in Africa. /Euronews.al 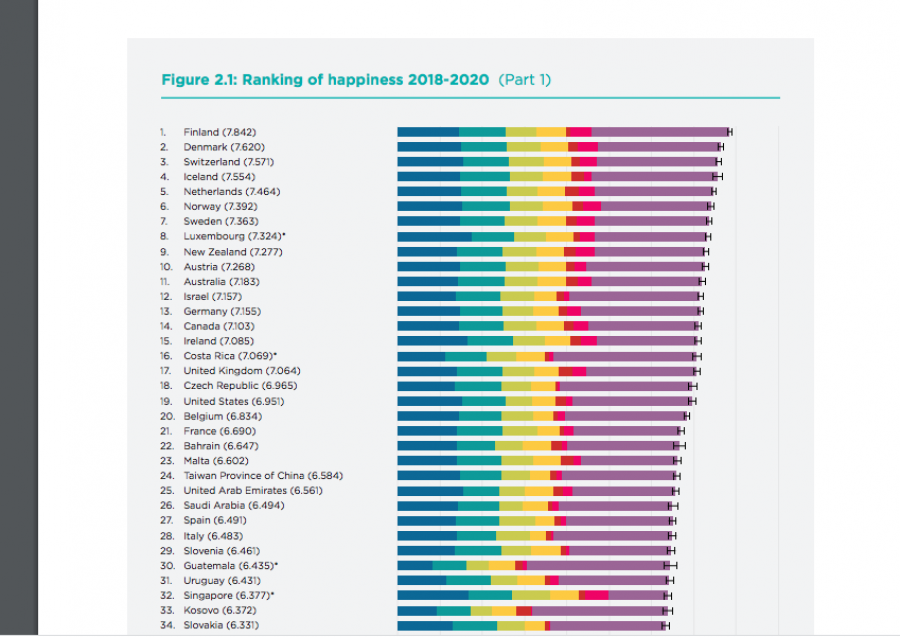