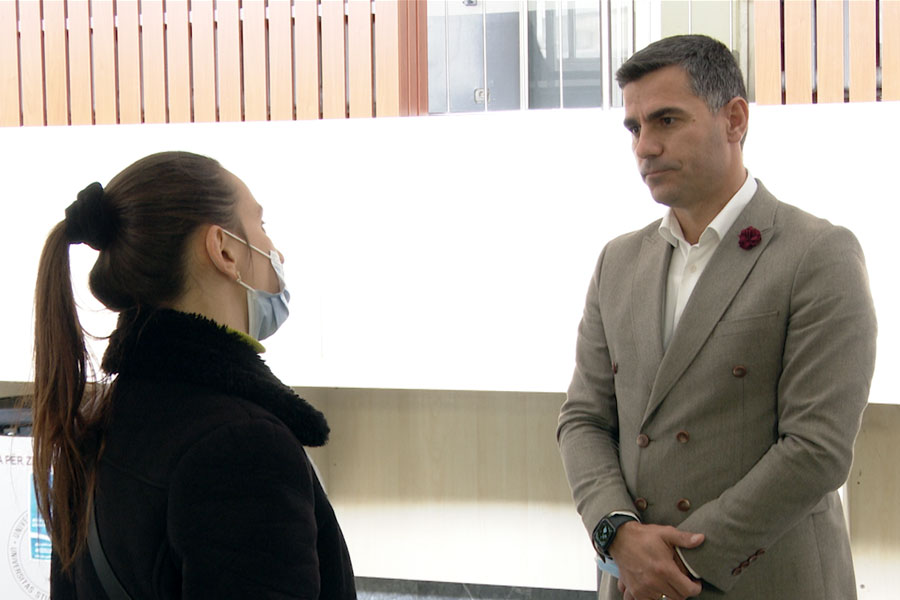 After the publication of the candidacies for president of the Democratic League of Kosovo, the member of the LDK Council, Xhafer Tahiri has expressed his support for the candidacy of Lumir Abdixhiku for the new president of this party.

Tahiri, in an interview for KosovaPress, said that on March 14, the day when the LDK Electoral Assembly will be held, this political entity will not repeat the mistakes made in the past.

Xhafer Tahiri, who is also the chairman of the branch of the Democratic League of Kosovo in Vushtrri, said that from the meetings they held it is clear how the branch will support Abdixhik for chairman of this party.

He expressed optimism that the LDK delegates who will appear in front of the ballot boxes to elect their leader will choose the right path for the future of the LDK.

“From the candidacy we have seen now of Mr. Lufti Haziri and Mr. Lumir Abdixhiku, but I believe that it is clear that our branch based on what I said and stated and the meetings we have held and will personally support the candidacy of Lumir Abdixhiku for chairman of LDK- of. The LDK is facing a very important decision on March 14 and I am confident that the LDK delegates will choose the right path to move forward. These elections are not to deny the past of the LDK, they are not to change the past of the LDK and they are not to deny the contribution of anyone within the LDK. These are elections for the future of LDK and Kosovo. Therefore, personally but also the branch of LDK in Vushtrri, support a radical change in these elections in the Assembly, we will declare with a vote regardless of whether it will be a secret vote “, he stressed.

Whether there will be disruption within the LDK on Sunday when the Electoral Assembly will be held, the member of the League Council, Xhafer Tahiri has wished that this does not happen after estimating that it would be a great disaster for this political entity.

He also said he does not believe there are clans within the party, as previous clans say they brought the LDK here where it is today.

“I wish this does not happen, it would be a great misfortune for the LDK and for Kosovo that the will of the LDK voters for change, the will of the membership for change be deformed in the box of March 14 that will be decided in the Assembly of the LDK. I wish that everyone in the name of the love they have for the LDK, for these 30 years for the LDK, to reflect and enable what is today the feeling and request of the absolute majority of the LDK electorate to be translated in the ballot box on March 14, otherwise it will be extremely problematic for the LDK. I do not want to believe that there are clans, because those clans have brought the LDK here, in fact we should open a discussion within the LDK to bring the system ‘one member, one vote’ after the new chairman is elected in in the next two years we should discuss to have ‘one member, one vote’ so that the LDK returns to the voters, the citizen and every member of the LDK has his own share in the election of the LDK chairman even at the central level but “even at the branch level”, he declared.

He hopes that on March 14 no one will be denied candidacy and it will be a democratic process, because as he said the mistakes of the past should not be repeated.

“We will see on Sunday, March 14 that there will be a festive election process within the LDK, absolutely no one will be denied the right to run, all candidacies will be voted and the infamous Article 25.2 will be exceeded in the Assembly, so it will not there is no denying anyone’s candidacy, because the mistakes of the past could not be repeated. It has been wrong in the past what has happened, I have been against those actions personally as an individual, and now as branch president, I will again oppose the denial of anyone and then it will be the secret ballot that will determine who will be the new chairman of the LDK “, said Tahiri.

The Democratic League of Kosovo will hold the Electoral Assembly for the election of the new president, on March 14 this year. Until the election of the new chairman came after the poor result in the elections of February 14 where as a result he resigned from the position of LDK chairman, Isa Mustafa. On March 14, 355 delegates from 38 branches of this party in all municipalities will gather to cast their ballots.