Live shows, cafes and a light-weight gallery – how cities in Serbia are getting ready for the reception 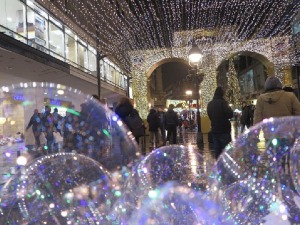 The last preparations for the concert are underway in front of the House of the National Assembly. The capital decided on two concerts: one in front of the Assembly, and the other near Belgrade on the water. Successive closing of streets for traffic starts at 5 pm in both zones. The gates for visitors will be open from 7 pm, and the program will last until one after midnight.

The city government informs that 50,000 masks have been prepared for the citizens, and that antigen testing will be possible, as well as that they will install barriers.

How will the restaurants in Belgrade work?

Outdoor concerts do not require kovid passes, and without them, you should not go to bars.

Although it seemed that everyone would work at full speed, having in mind the estimates that Belgrade has about 100,000 guests, RTS has learned that about 40 percent of Belgrade restaurants will not work on New Year’s Eve.

There are many cafes and restaurants throughout Serbia that have decided to do the same.

Belgrade is one of the few cities in Europe where it will be organized reception, said the deputy mayor.

However, some cities in Serbia have decided to direct the money to charity instead of organizing a reception in the squares: for the treatment of sick children and children without parental care, and some to save money by organizing it more modestly and giving it to charity. purposes.

“Apart from the more difficult task, when it comes to covid measures, the communal militia will also control illegal transport taxes, as well as control the use of pyrotechnic devices during New Year’s Eve,” Shekularac points out.

He says that they have no basis for open-air controls, but that they will do everything they receive as an instruction from the Crisis Staff during the day and that they agree with the coordination department.

Homage to science in art in Novi Sad

Novi Sad will welcome the new year as the European Capital of Culture, which is why 2022 has a special significance and symbolism for this city.

Preparations for the reception in that city have been going on for some time, which will differ in many ways compared to all the previous ones. Doček is moving from the square to the suburbs of the Petrovaradin Fortress, and the Varadin Bridge will play a big role in all this. The reception itself will be a homage to science and art, symbolically framed by the year of the title.

Nemanja Milenković, director of the Foundation “Novi Sad 2022: European Capital of Culture”, says for RTS that they made a light gallery of Nikola Tesla, which passed through that city 130 years ago.

The gallery, which will start on the Varadin Bridge, will present the Serbian National Theater with a play called “Tesla, the Inventor”, he adds.

“Then, through a light procession, we will move with the citizens to the renovated suburbs of the Petrovaradin Fortress, where they will have the opportunity to welcome 2022 through light, visual installations and artists from the region and Europe,” says Milenković.

According to TONS, when it comes to tourists who arrived due to the welcome, it is mostly about domestic and tourists from the region.

Organized receptions in hotels, restaurants, cafes and other catering facilities are sold out, and all accommodation capacities are almost full.

Deserved citizens are awarded – as Zrenjanin prepares for the reception

The city of Zrenjanin marks the end of the year by declaring deserving citizens.

The awards were given to Dr. Radivoj Filipov, Head of the Center for Disease Control and Prevention of the Institute of Public Health Zrenjanin, Roman Bugar, Director of the Zrenjanin Philharmonic, Zurab Datunashvili, European and world wrestling champion and bronze medalist at the Tokyo Games in 2021, Vuksan Knezevic , retired pedagogue and writer and Ivan Pančić, retired photojournalist.

The pre-holiday atmosphere is also in Zrenjanin. A children’s program will be organized in the afternoon on the central city square, as part of the “City of the Open Heart” event. The program for tonight’s reception, a concert is planned at 11 pm, where the hits of the group Aba will be sung, and fireworks at midnight.

When it comes to restaurants, some will not work due to covid passes, as well as due to lack of interest.

Success stories and initiatives marked the year in Nis

Singers Zorica Brunclik and Alen Ademović are celebrating the New Year in Nis on the central square. Although the year was difficult for Nishlije, there were many successful stories and beautiful initiatives that marked it.

They painted famous people from Nis and had positive messages, they were painted on several facades, thanks to the Local Foundation of Nis. For them, they say, the year was very challenging.

“She taught me that there is good in people and that you just need to ask people to join you in a story and you will get a positive answer very soon,” says Nenad Stojanović from the Local Foundation of Niš.

Dresses by designer Jelena Dimitrijević were in great demand, and at the military games in Moscow, “Dress of Serbia” with 80 symbols of our country, was a real hit. “This what

I work, work, it’s not my job anymore. I love it and it was really a pleasure to work “, says Dimitrijević.

Writer Dejan Stojiljković received the Andrić Award for the Neon Blues collection, and he was the co-screenwriter for the film “Toma”.

“One of the things that is extremely dear to me is the text I wrote for your portal OKO RTS about my fellow citizen Dragan Stojković Piksi. I think this is one of the best essays.

which I wrote in my life “, says Dejan Stojiljković.

Architect Ivan Redi returned to his native Nis a few years ago from Graz and brought old manners. The people of Nis enjoyed his posts on the social networks “My beautiful for today”.

Nis is rapidly preparing for tonight’s celebration. Many will enjoy the central square, some in cafes, and most in their homes.