Porto has managed to qualify further in the Champions League stage despite losing 3-2 to Juventus.

Although Porto were without a player for more than 60 minutes, in the end they qualified further.

The “Old Lady” failed to qualify further even though they won the match and scored three goals.

SofaScore has published the scores of the players after the match, where it can be seen that the player with the weakest score in the match was Merih Demiral (6.2).

5.4 was the grade of the player who left the game in red, Mehdi Taremi.

Juan Cuadrado was the player with the highest score in the match, 9.8. 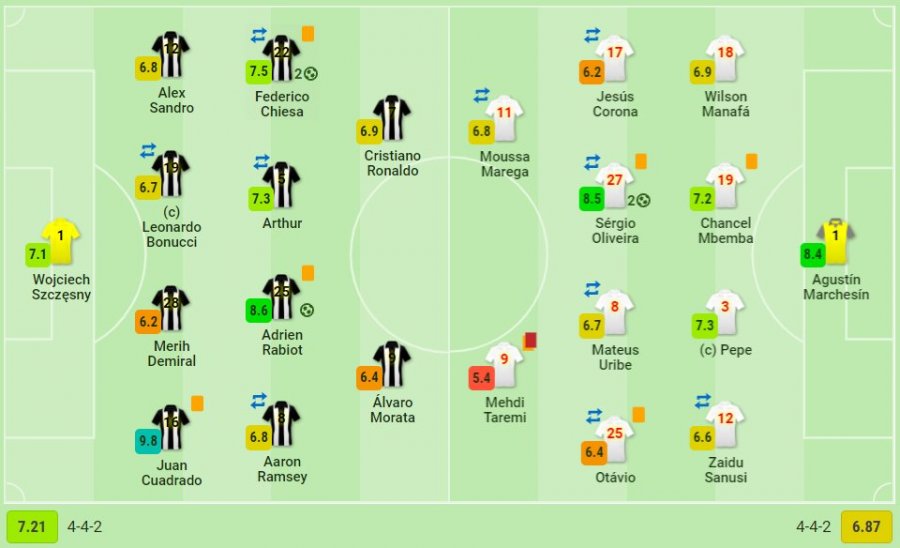 Juventus eliminated from Porto, after a dramatic end in Turin – Latest News