LVV has no settlement for separation of ministries with Osmani, additionally involved in regards to the votes of the communities 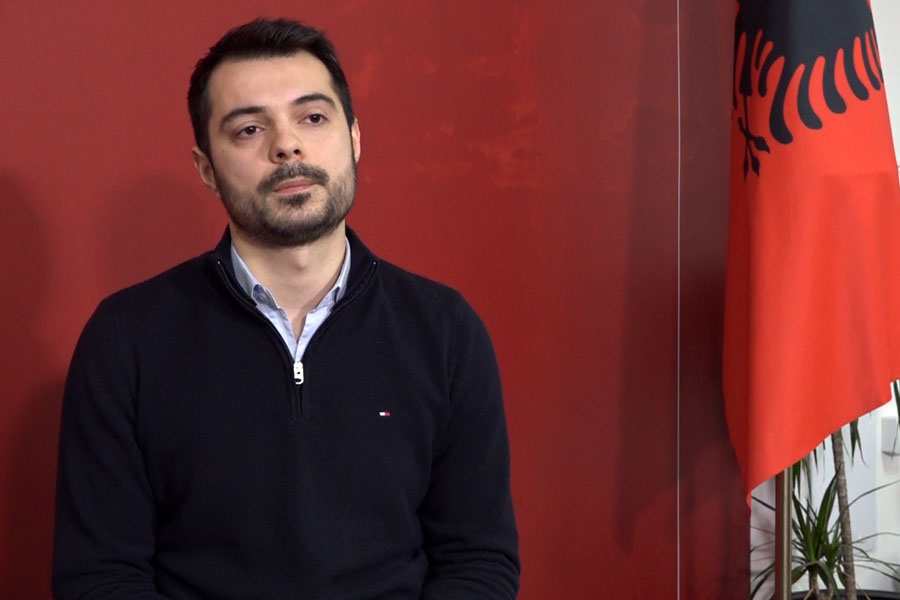 Vetëvendosje Movement does not have an agreement with the Ottoman Vjosa List for the allocation of ministerial posts. The spokesman of this subject, Përparim Kryeziu, has expressed his conviction that once the results are certified, the new institutions of the country will be formed immediately. Vetëvendosje Movement is also considering the allegations that the Serbian List has delegated votes to non-Serb minority political entities.

In an interview for KosovaPress, Kryeziu stated that there is no agreement regarding the division of ministerial posts with the List of Vjosa Osmani and the only agreement between this list and LVV is that of principles.

“The cooperation with Ms. Osmani will be not limited to the logic of division of posts and positions, but also to the logic of co-government so that both parties offer the best people in certain fields. When the time comes for these discussions to take place, I believe that in the first moment, any decision-making will be made public. I am saying once again that the good news among the many good news from the cooperation with Mrs. Osmani is that along with the civic emancipation, there is also a political emancipation within the political actors who are realizing that from now on the cooperation should to always be with the aim of co-government and not with the aim of sharing posts, positions for party and personal benefits “, continued Kryeziu.

However, he says that the number of ministerial posts that Vjosa Osmani’s List will have can only be discussed in the party bodies and after the certification of the results of the February 14 elections.

“I can not say this now (how many ministers can belong to Osmani) because this should be discussed within the bodies of the Vetëvendosje Movement, and that discussion takes place after the certification of the results and after everyone has an accurate picture of the number of deputies within the Assembly of the Republic of Kosovo and only after this process takes place, after the completion of the process of certification of results will there be meetings within the internal bodies as well as there will be bilateral meetings between the representatives of LVV and Mrs. Osmani. “But what I consider will not be any obstacle to the culmination of the cooperation so far in the co-government, because once again the cooperation has been more sincere, it has been mutual and with common goals”, he says .

Vetëvendosje Movement is also considering the allegations that the Serbian List has delegated votes to non-Serb minority political entities in order to control them in the Assembly and consequently to have a majority of minority votes in Parliament. According to the winning party in the February 14th elections, this issue should be taken seriously by Kosovo institutions and international institutions.

Asked whether they will address the justice institutions regarding these allegations, Kryeziu says that they are following the whole situation and at the moment will act based on a broader study and analysis.

“Vetëvendosje Movement is following this situation and I believe that at a certain moment it will act on the basis of a study, a wider analysis of what happened, what are the allegations and what is the truth of these allegations. However, what I can say now is that it is clear that there is an organized effort, that is, an engineering organized by the Serbian List, so that it, as an extended instrument of Serbia in Kosovo, can further extend its political power. “by stifling democracy after it has stifled it in the Serb community and other non-Serb communities”, says Kryeziu.

Kryeziu stated that Lëvizje Vetëvendosje have had a good cooperation with the representatives of non-Serb communities in the past, for which he says that LVV will play its role in any challenge that these communities have.

“This cooperation since then is really real, built in a spirit of good intentions in principle and in order to improve the overall situation within the Republic of Kosovo. I believe that any cooperation from now on will be within that spirit and I believe that LVV will play its role in any challenge of these communities by valuing them as an indisputable integral part of the Republic of Kosovo “, he says.

Two entities that emerged on the Kosovar political scene after the election was announced, Adriana Hodhiiq in the north and Gazmend Salijevi në in Gra Graanica / Graçanicë, received significant votes, and other non-Serb community parties say the Serbian List helped.

By electing its favorites, the Serb List will control at least 14 votes in the Kosovo Assembly, giving it a majority of the 20 seats guaranteed to communities in Parliament, increasing its influence.