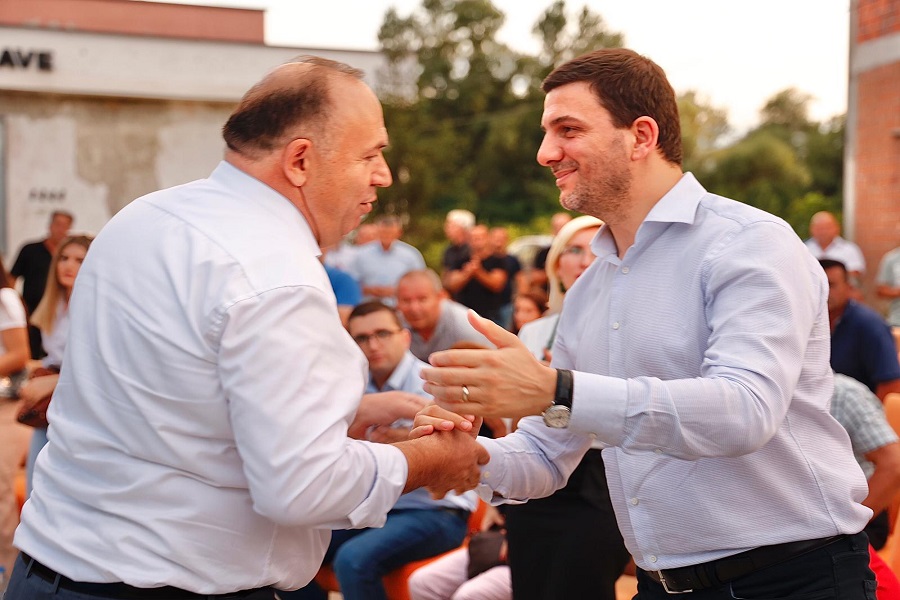 The chairman of the Democratic Party of Kosovo, Memli Krasniqi, has presented today the candidate for future mayor of Klina, Sokol Bashota.

Krasniqi said in Klina that every major development project that has taken place in this municipality since the post-war period bears the stamp of PDK.

“Sokol Bashota has given the example of a devout leader who stands close to the citizens, who is committed to them, who works well and hard for them, without leaving anyone behind. In the last four years, everyone has seen the stagnation of Klina. Anyone can have one opportunity to prove himself, but no one can have two instances without proving anything. Therefore, the citizens of Klina are asking for the return of PDK, because they know that there is development for Klina only with PDK “, said Krasniqi.

He said that the citizens of Klina know Sokol and recognize his commitment and on October 17 the election is easy.

“He is not only the best alternative, but he is also the only guarantee to build a new story and to return Klina without any delay or obstacle to the path of development that he lacks today,” said Krasniqi.

Speaking about the current government in Klina, the PDK leader said that it has already been seen by all citizens as a failure.

“In these last four years, you have seen the stagnation of Klina yourself. No big and important projects. No entrepreneurship for development. Not for youth, not for economy, not for agriculture, not for infrastructure. This can not continue like this “, said Krasniqi, adding that PDK is determined to enter this race to win and stop the degradation.

Meanwhile, the candidate for the next mayor of Klina, Sokol Bashota, said that Klina should return to development as in recent years it has degraded from bad governance.

“Although the municipality has a much larger budget, not a single school has been built. For four years they have not managed to complete any Civil Registry Office. They have paved roads with 2 centimeters of asphalt thickness and only 2 meters wide. Therefore, in October, we must stop the degradation of Klina and restore good governance and development. “Four political parties that were formed against PDK in the last elections have not managed to do for 4 years or what we have done for two years”, he said.