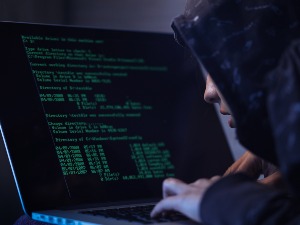 Technology conglomerate Meta has warned that the use of spyware to indiscriminately target people – including journalists and activists – is an ongoing threat as online surveillance companies continue to adapt and change tactics to circumvent protection programs.

A report by Facebook’s parent company described the group’s efforts to remove a number of firms, including two linked to Russia, one based in Israel and an entity in China that Meta suspects were scraped from. there are attempts to obtain private information of Facebook and Instagram users in order to compromise user accounts.

In one case, Meta said in the report, it removed more than 100 Facebook and Instagram accounts linked to Avalanche, a Russian company said to have sold access to a platform that enables spying through internet.

“Meta” states that by using the Russian network, several individuals and groups were targeted, starting with environmental activists, through the media and non-governmental organizations in the USA, all the way to politicians.

Other companies removed from Meta’s platforms include a New York-based company called Social Links, which was originally based in Russia, as well as Cyberglobes, based in Israel.

At the same time, “Meta” admitted that other companies, which it tried to ban from accessing its platforms last year, tried to bypass the blocks on “Meta’s” platforms and updated their software to avoid being detected.

Nathaniel Gleicher, head of security protocols at Meta, said the company tried to share information about potential threats with governments and other technology companies to mitigate the impact on user security.

Glacher also acknowledged that a major player in the social media industry — Twitter — was no longer available to receive information about such threats.

“Our key goal is to do everything we can to protect people.” So we share our insights with our industry peers. “Twitter” is currently going through a transition and most of the people we worked with have left,” Gleicher told reporters in a conversation about Meta’s report.

Forbes reported in November that Twitter’s security, privacy and compliance directors had left the company less than two weeks after it was bought by billionaire Elon Musk.

Spyware – a challenge for the entire society

Gleicher emphasized that no single company can come to grips with a challenge as pervasive as spyware.

“They (spyware companies) are always willing to keep trying to come back, to re-establish their business,” Glaicher explains.

The Guardian reports that Meta says some spyware vendors sometimes claim their programs are designed to target criminals and terrorists, but Zuckerberg’s group says its threat research has found the software is “regularly” used to target “journalists, political opposition and human rights fighters around the world”.

“These companies are part of a growing industry that provides intrusive software tools and surveillance services indiscriminately to any client — regardless of who the target is and regardless of human rights abuses that may occur in the process,” Meta said in its the report.

“In a sense, this industry is ‘democratizing’ these threats, making them available to government and non-government groups that would otherwise not have the ability to do harm.”

Meta also says it has shut down a network of 900 fake Instagram and Facebook accounts operating from China that most likely targeted people in Myanmar, India, Taiwan, the US and China, including military personnel, pro-democracy activists, government employees , politicians and journalists.

Twitter and Avalanche were not available for comment, and Social Links and Cyberglobes did not immediately respond to inquiries from the Guardian.