Milosevic indebted Serbia the best way he went to the Central Jail, it is exhausting for me to observe the sequence 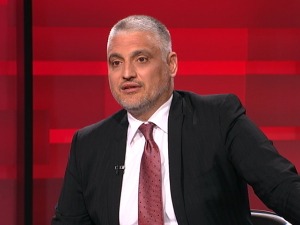 Cedomir Jovanovic says that he remembers every detail from 20 years ago and that he talked to Slobodan Milosevic for much more than 10 hours.

“We talked about his destiny, about mine, about the society for which we are equally responsible, about those people around us in that house. He did not belong to that world that surrounded him, but, unfortunately, that is the only circle of people in which he could to find after everything he did as a politician and as a leader of our people “, believes Jovanović.

He says that he does not mean the few party friends who came to help him get out of all this without a burden for the next generations.

“I remember telling him that the paradox is that he will be remembered for what he has yet to do in the night ahead of us, and if you ask me what Milosevic owed Serbia, then that is the way he stepped forward. from political life and went to the Central Prison, and then to the Hague Tribunal “, emphasizes Jovanović.

He points out that it depended on Milosevic whether the “Mir” villa would be turned into the “Panda” cafe in Peja, where six Serbian young men were killed.

“Milosevic did not allow bloodshed, he helped me a lot in finding a way out of that chaos, which was neither the first nor the last, and he agreed through me to a strange relationship with Zoran Djindjic,” Jovanovic points out.

“Son and father shot at each other”

Jovanovic says that on Friday, March 30, he went to Branislav Ivkovic’s house, and before that to the Institute for Security with Dusan Mihajlovic.

“He sat alone and kept notes of what was going on. He was getting information about who was talking and silently watching that circus in front of the house and those poor cops in those unfortunate uniforms and with helmets on their heads and those beasts that were inside.” , Jovanović remembers.

He says that at one point, the Special Operations Unit was ordered to take over the gate.

“It was clear to us what was happening when some people with socks on their heads, in jeans and tracksuits jumped out of the van. It was a van that was stolen from the American embassy a year before. It was all a provocation, while at the same time socialists and radicals they are releasing a story about people who came to kidnap Milosevic for money. Then there was a shooting, “Jovanovic said.

He says that he went to Bane Ivković after he received information that one journalist was wounded and that his son and father shot at each other in front of the house in Užička.

“I will always respect Branislav Ivkovic”

Jovanovic remembers that Zoran Djindjic told him to go to the menagerie before leaving for Milosevic.

“I had no contact with Milosevic and the only way to enter was to call the head of the SPS parliamentary group, whose number I did not have. Branislav Ivkovic’s phone number was given to me by Dragan Bujosevic. I called him, asked where he was, and he was at home in Vracar, “Jovanovic recalls.

He says that around half past 12, he entered the apartment where his wife and four children were near Ivković and said that he wanted to talk to Milošević.

“He just told me he was going to do everything. I told him we couldn’t control it and that the only sure thing was we wouldn’t give up and go home. He packed up and went to that house. He called me after an hour, he said. to come, I got in the car and left “, states Jovanović.

He points out that he will always respect Branislav Ivković because of what he did then, regardless of his policy.

“Branislav Ivković and Slavica Đukić Dejanović, these are the people to whom Serbia owes forever. I feel that way. It’s far from the fact that he was looking for a chance for himself there. When they started whistling around that house, everyone could have suffered.” , Jovanović points out.

Cedomir Jovanovic says that he greatly appreciates the people who made the series Families, but that it is difficult for him to watch it.

“I watched 20 minutes of the second episode and then I answered calls from the producer who kept calling me to watch the whole series. I felt the need to call and say, ‘Listen, I don’t know how the series will end, but Milosevic wasn’t some lunatic there. , and Mira is Lady Macbeth, and not some old woman there whining around the house and rolling on the couch ‘”, emphasizes Jovanović.

He points out that he infinitely respects Ulysses Fehmiju and his family, but that it is difficult to play Zoran Djindjic.

“There is no need to judge who succeeded and how much. Something else is important. We made a series about Milosevic and his family, which was filmed in this country and broadcast on national television. Until two or three years ago, you did not have a film about Churchill. “Kennedy was filmed 40 years after Dallas, no one in Croatia dares to make a short series about the role of Franjo Tudjman. This unfortunate Serbia of ours has the strength to do that,” Jovanovic points out.

He says that he loves Milan Marić very much, who plays him in the series.

“He is a wonderful man and a great artist. I would like as many people as possible to see what he has done. I know that he has dedicated himself to that to the maximum. We are very close,” says Jovanović.

He also points out that Vladimir Beba Popović was not an instigator, hysteric or someone who controls and terrorizes the media.

“He loved Zoran endlessly and was never interested in a political career. He came to DOS in August 2000 to campaign when no one else was allowed to do so. He is a victim of that time in his own way. He carries his cross,” says Jovanovic. .

“I drove Milosevic in my car to the Military Medical Academy”

Jovanovic says that he met Mira Markovic during Milosevic’s stay in prison.

“On one occasion, Milosevic got sick, just when my father was operated on. After the operation, he fell into a coma and was on a respirator. They invited me to come, and on the way to my father, she called me to tell me that Milosevic got sick in prison. and that he had to go to the hospital. I turned the car around and went to prison, “Jovanovic recalls.

He says he found Milosevic refusing to talk to anyone and having a blood pressure of 200.

He points out that Milosevic trusted him because he never lied to him.

Jovanovic says that while the Hague tribunal’s plane was blocked at the airport on June 28, 2001, two helicopters arrived at the Security Institute and both took off at the same time – one Milosevic flew to Tuzla and the other bluffed a flight to Hungary.

“I took Milosevic to the helicopter. He turned around and asked me if I knew what day it was. I told him I had no idea. He said, ‘That’s what you look like to me, today is Vidovdan.’ “Hello, Serb brothers”, says Jovanović.

When he got into the helicopter, Jovanović remembers, the pilot turned around and told him that he also drove him to Gazimestan in 1989.

“When I moved to the helicopter, I saw that Milosevic was inside alone. No one thought about who would escort him on that flight. Then a guy from my security entered the helicopter to be with him,” says Cedomir Jovanovic.

Gashi: The situation with COVID-19 in the capital and the whole of Kosovo is worrying – Latest News