Munishi again: The city is “red and white”, the war has just begun – Latest News Sport Club “Gjilan” has managed to triumph in the local derby against Drita.

This match ended with a clear score, 0-2. Goals for the “red and whites” were scored by Gerhard Progni from a free kick and Shend Kelmendi.

This match was characterized by few scoring chances, but with spectacle in the stands by both fans.

Ismet Munishi through his Facebook account, congratulated the president of the club, the fans and thanked the players.

He wrote that “the war has just begun” and that the city of Gjilan is “red and white”.

“Congratulations to President Florim Zuka. Congratulations Falcons. Thank you very much guys for the emotions and the fight in “Fadil Vokrri”. The city is ours. “The war has just begun”, Munishi wrote on the social network.

This was the first derby won by the coach from Prishtina who enjoyed this big derby even before he was the coach of Drita years ago. 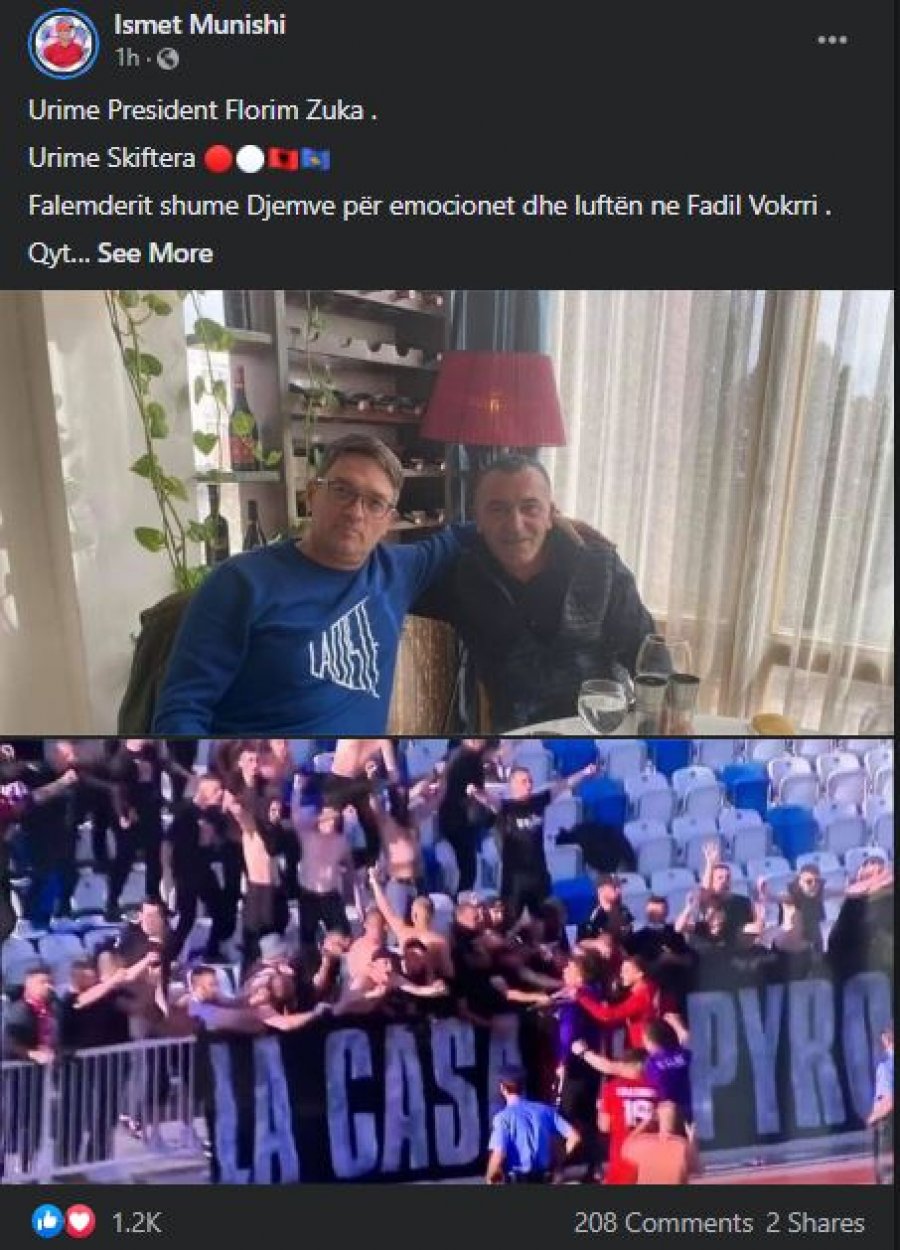 Buducnost opened the season with a victory over FMP

Kurti: Dialogue, the one approach to discover a resolution