My workforce may be very motivated 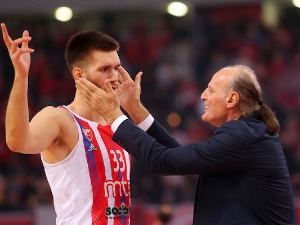 “We had a goal to stop Saša Vezenkova. My boys are very motivated. They are motivated in every game. But they are also motivated for training. In the second half, we played much better in defense and we built well on the rebound,” Ivanovic said.

The red and white coach added that his team scored easy points and that the ball moved well, except in the first 20 minutes when Zvezda had problems with jumps, but they still did what they needed to win the game.