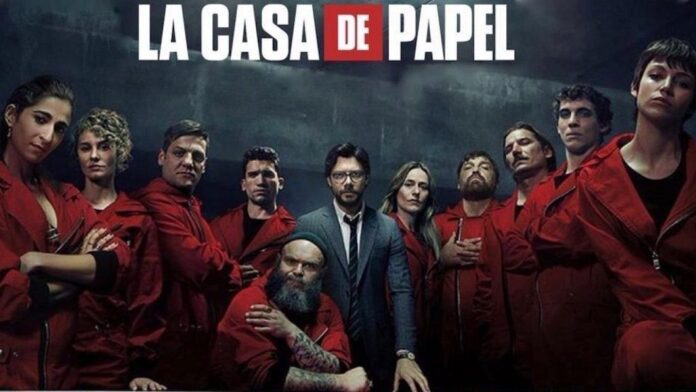 Several deaths of characters have occurred in “La Casa de Papel”, but many fans continue to “mourn” the death of Nairobi (Alba Flores).

Even Ursula Corbero, the actress who plays Tokyo, says she can not accept it as a fact.

“I do not understand either.

“I had a few friends there and they were on the better side,” she told the Television Critics Association. But executive producer Jesus Colmenar insists Nairobi’s death had to happen to pave the way for the war that awaits the other characters.

“Nairobi’s personality was not built on the war we are having this last season.

She should not have been here.

“I think it adds momentum to our characters,” he told TvLine.

“We kill the characters and that adds to the tension,” he said. The last season of “La Casa De Papel” (Money Heist) will be published in two parts, the first part will be released on September 3 and the second on December 3.

According to Netflix, just when it seems like nothing else can go wrong, an enemy comes on the scene that is far more powerful than anyone they have faced: the military.

“When we started writing the 5th part in the middle of the pandemic, we thought we should change what was expected from the 10-episode season and used every tool we could to create the feeling of a season finale or series finale.” said Plex Pina, creator of “La Casa De Papel”. “We decided to work in an extremely aggressive genre.”

The creator said that in the second part of the fifth season, they focused more on the emotional situation of the characters.

“It’s a journey on their emotional map that connects us directly to their departure,” he said.

“The gang has been locked up in the Bank of Spain for over 100 hours.

They have managed to save Lisbon, but the darkest moment is over them after losing one of them.

“The professor has been captured by the Sierra and, for the first time, has no escape plan.” – writes Netflix. Rama in Otranto: Albania got more Afghans than many rich countries – Latest News