N’Golo Kante, the player of the match of the final of the Champions League – Latest News Chelsea is the champion team for this year in Europe, after the triumph that reached tonight in the Champions League, writes Zeri.info.

The team led by Thomas Tuchel scored the victory in the final against Manchester City.

The final held in “Dragao” ended with the result 0-1. The only goal and the victory for the “Blues” of London was scored by Kai Havertz in the 42nd minute.

UEFA’s official website has announced that N’Golo Kante has won the “Player of the Match” award for the 2021 final./Zeri.info 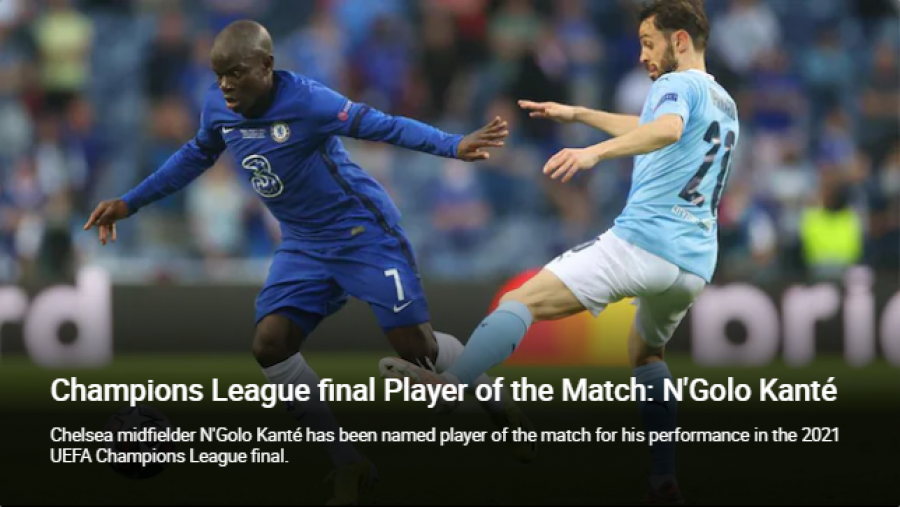