Osmani: The foundations of Kosovo stay robust, there is no such thing as a one to shake them 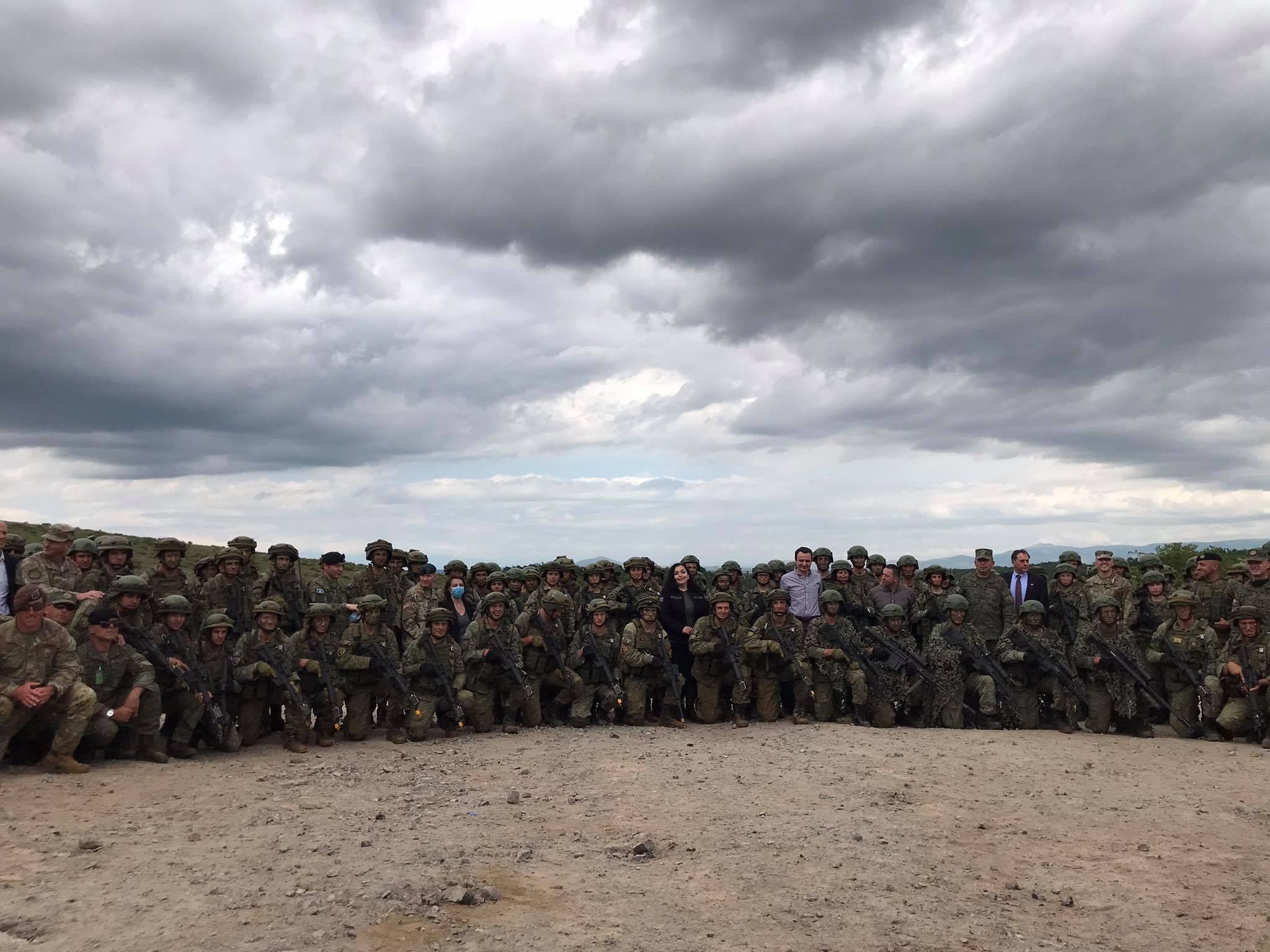 The President of Kosovo, Vjosa Osmani said that the success of the KSF in the exercises being held with the American army, is a reconfirmation of a strong alliance between Kosovo and the United States of America, which according to Osmani is strong as a stone. After addressing the soldiers who are part of the “Defender Europe 21” exercise, the Supreme Commander told the media that Kosovo has once again made clear the strategic orientation towards Euro-Atlantic integration.

The first of the state in the KSF camp in Deve i Gjakovës, has expressed pride in the members of the Force.

“Today is a reconfirmation of an alliance as strong as stone, an alliance between the Republic of Kosovo and the United States of America. We, together with many other countries, today reconfirmed our strategic orientation, today we reconfirmed our common path forward towards Euro-Atlantic integration, we reconfirmed today that the blood shed for this country has not been wasted. “With the extraordinary success of the military of the Kosovo Security Force, our army, which was built with a lot of effort, it was confirmed today that the foundations of Kosovo remain strong and there is no one to shake them”, said Osmani.

The President of Kosovo thanked the main ally, the United States of America and recalled their contribution 22 years ago in the liberation of Kosovo from the Serbian police and army.

The Prime Minister of Kosovo, Albin Kurti said that non-commissioned officers and officers of the KSF proved their skills for readiness in defense of the sovereignty and territory of the Republic of Kosovo.

He said that the Kosovo Army does not lag behind the armies that are already part of NATO.

The Kosovo Security Force has been conducting combat operations since May 17 as part of the “Defender Europe 21” exercise, which is the largest US military exercise since World War II.

Kosovo this year is among the 16 host countries of this exercise from which it expects to come out validated with infantry capabilities in defensive, offensive operations and company level stability operations.

Daut Haradinaj presents the next candidate for Assembly in Prishtina