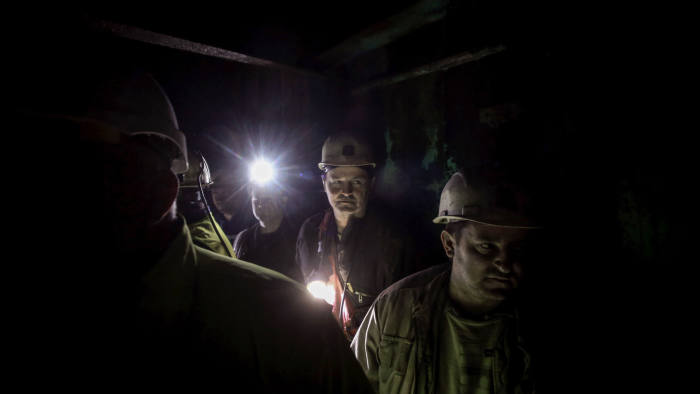 In mid-May, when most European countries were just beginning to ponder the slow process of reopening national borders after Covid-19, Serbia’s Tourism Association launched a campaign to attract visitors from China.

President Aleksandar Vucic became the face of the campaign that the board hoped would “save” the tourist season. Chinese citizens have been able to enter Serbia without a visa since 2017, a sign of growing relationships. In the first half of 2019, the country recorded a 36 percent increase in visitors compared to the same period in the previous year from China.

The relationship is not limited to tourism. The top soccer league in Serbia was named the “Linglong Superliga” last year after its sponsor, a Chinese tire manufacturer. In March 2019, Linglong started work on its first European factory in Serbia’s northern city of Zrenjanin. The project, which cost almost one billion US dollars, is a symbol of the perspective of Chinese companies on Serbia, an EU candidate country, as a hub for investment.

Since 2012, the 7-million-inhabitant country of the Western Balkans has received US $ 9.5 billion in publicly announced Chinese financing and investments, more than half of the investments indicated by China in the region. In 2019, Chinese companies announced 16 greenfield projects in Serbia valued at $ 625 million, making China the largest source of such investments in the country, according to fDi Markets, an FT data service. In 2018, around 20 percent of all foreign direct investment in Serbia was made by Chinese companies.

Serbia is part of China’s Belt and Road Initiative and the 17 + 1 format, a partnership with Central and Eastern European countries. The largest economy in the Western Balkans is at the center of Beijing’s “hub and spoke” strategy, according to the US think tank Center for Strategic and International Studies (CSIS), which Serbia is “a strategic anchor for China in the [EU’s] Semi-periphery, where it can invest heavily without EU regulatory burdens and present its technology and infrastructure projects to neighboring countries ”.

Chinese companies have bought some of Serbia’s largest industrial assets, including a steel mill in Smederevo and a copper mine in Bor. Now Chinese investors are focusing on a wave of digital infrastructure, including a Safe Cities project with 1,000 facial recognition cameras in 800 locations, mostly in Belgrade . Of 15 information and communication technology projects in the region, nine started in 2018 and 2019, mainly in Serbia, according to CSIS. However, there remains a large discrepancy between announced and completed projects: According to CSIS, only a quarter was realized. “Chinese funding is often done under opaque terms and through uncompetitive contracts, reinforcing low governance standards and exacerbating endemic corruption. . . why western investments were not there from the start, ”wrote CSIS. 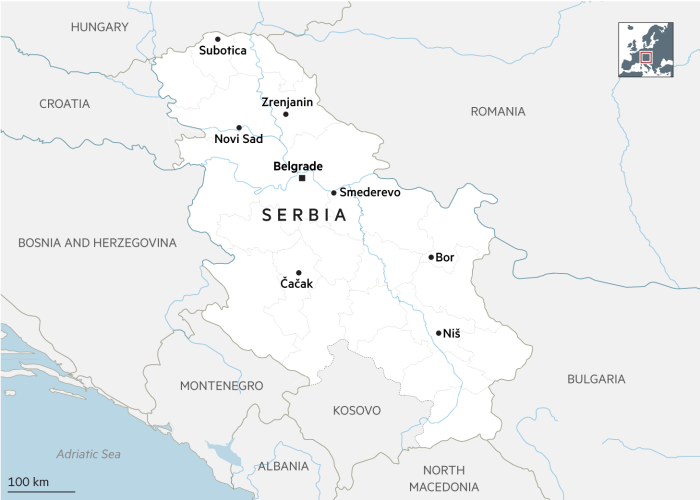 The investment is related to foreign policy and political orientation. Beijing supports Belgrade’s refusal to recognize Kosovo, which declared independence in 2008, while Serbia supports China’s stance on Taiwan and areas in the South China Sea. In December, Serbia’s highest official for Kosovo praised China’s “level of protection of minority rights” in Xinjiang, where an estimated one million Uyghurs are imprisoned. Last year, the Chinese police came to joint patrols in three Serbian cities.

Stefan Vladisavljev, foreign affairs analyst for the annual Belgrade Security Forum, fears that the space for malicious third parties from outside could increase as the EU’s influence in the region is called into question. I am not afraid that China will cause harm, but I am afraid of how Serb officials could abuse the tools given to them. “

Serbia has been a candidate for EU membership since 2012, but has only closed two of 35 chapters of its accession protocol, and many accuse it of relapsing on democratic indicators. The independent US watchdog Freedom House no longer calls Serbia a democracy. After the EU updated its enlargement methodology in February, many, like Mr Vladisavljev, are wondering whether Serbia will ever join.

In other parts of the region, Chinese loans have boosted national debt. In neighboring Montenegro, a highway built and financed by China has increased the country’s debt to 80 percent of GDP.

Covid-19 has brought Serbia closer to China. The Western Balkans were not originally exempt from an EU licensing regime for the export of critical medical devices. President Vucic proclaimed that “European solidarity does not exist, it was just a fairy tale on paper”. The decision “was made by the people who taught us here that we shouldn’t buy goods from China.” People from all over Europe who wanted us to adjust the terms of the tender so that the price should not be the most important condition [EU] Goods were supposedly of better quality. When they needed money, they had to put up tenders and conditions so that European companies could get Serbian money. If there is agony and pain, the Serbian money is of no use. “ 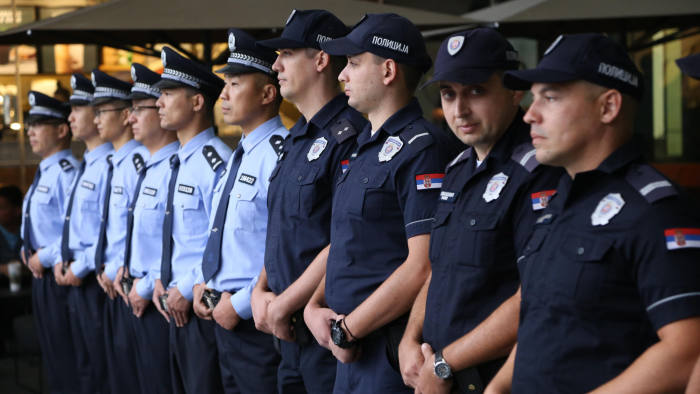 He complained that Brussels pays tight Serbian tenders only because of its own economic hegemony and accused EU leaders of hypocrisy.

In the battle of tales following the coronavirus, “global Chinese propaganda was amplified by a Serbian offensive,” says Vladisavljev, who noted that Serbia still does not know how much of Chinese medical equipment and personal protection was donated compared to that was how much was bought.

A survey conducted in March by the International Republican Institute, a US non-profit organization focused on promoting democracy, found that 20 percent of Serbs viewed China as the largest donor and 71 percent as their main economic partner. In fact, the EU is Serbia’s largest donor.

After the Serbian Prime Minister Ana Brnabic demanded a monument of appreciation for China, a banner in front of the parliament proclaimed: “Serbs and Chinese: Brothers forever”. Serbia is now waiting to see whether the Chinese tourists return.