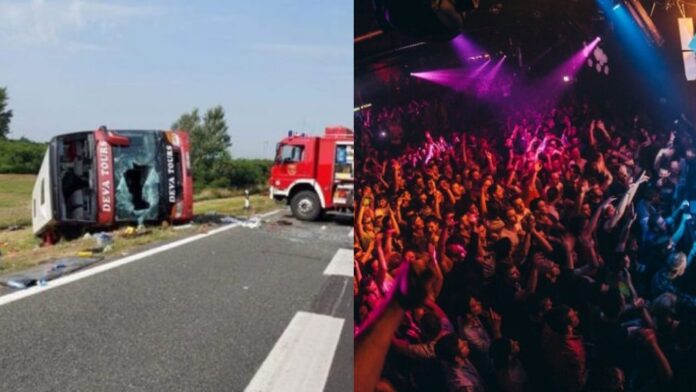 While some Albanian artists have canceled concerts, most did not do the same.

The President of Kosovo, Vjosa Osmani today declared a day of mourning as a sign of respect for the victims of the serious accident in Croatia.

But, some pop names have not respected the special importance of this day, despite some others who have shown solidarity with the pain of the victims’ relatives in Croatia.

Rina, Tayna, Melinda, Elvana and Capital T are some of the artists who tonight have canceled the concerts they were supposed to hold.

While Ledri, Lumi, Sabri Fejzullahu, Mimoza Shkodra, Dj Regard and Azet did not act similarly, who tonight will hold the concerts planned in their summer tour.

We recall that in yesterday’s accident of the bus with Kosovar license plates which was transporting migrants from Germany to Kosovo, 10 people lost their lives, 45 were injured, while 15 of them were seriously injured./Lajmi Artists who did not cancel: