Particulars of the decision in opposition to the politician’s daughter, sentenced to 30 years! 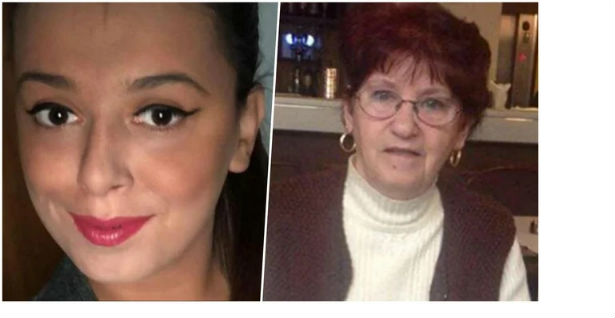 She hit her grandmother with a cup and a sherpa, strangled her with a cable, then suffocated her with a pillow: Details of the verdict against the politician’s daughter, sentenced to 30 years!

Jelena Špagović, as determined by the High Court in Belgrade, took off the gold jewelry from the late Majda Garović (80) and sold it to two goldsmiths.

Jelena Spagovic (27) was sentenced yesterday in the High Court in Belgrade to 30 years in prison for the aggravated murder of Majda Garovic (80) in Zemun in June 2019.

The court determined that Jelena Spagovic, the daughter of the late Serbian right-wing politician Sasa Dujovic, killed the old woman out of selfishness. On the fateful day, she invited Majda to her apartment and told her that she intended to repay the debt of 2,450 euros, as much as the old woman had lent her earlier. However, a quarrel broke out between them when she told the woman that she had to give her only 1,200 euros.

– Jelena hit Majda in the head with a porcelain cup, who then sat in an armchair. After the cup broke, the accused took another and hit her in the head again, while Majda defended herself with her hands. Then she went to the kitchen and took a bowl or sherpa and hit her on the head with it. Then she strangled her with her hands and since she didn’t have the strength, she went to the bathroom and took the cable, so she strangled her with it. Then she took off her T-shirt, wrapped it around the cable, and continued to choke. In the end, she reached for two pillows and suffocated them with them until she saw that Majda’s breasts were no longer moving – the judge described the crime.

How was Majda killed?

After the crime, she took the jewelry that the old woman was wearing, a few glasses and a wallet, and then she packed the body in a suitcase and cleaned the blood in the living room with three percent hydrogen. Then, as if nothing had happened, she left the body in the apartment and went with her ex-husband to buy the child shoes.

– Three days later, with the help of a neighbor who came across it, she packed the suitcase in the trunk of the rented car and drove to Krčedin. She stopped at a row of containers and pulled out a suitcase with hygienic gloves, put it in a container, which she knocked down and set on fire – said Judge Ana Trifunović.

Judge Ana Trifunović stated in the explanation of the verdict that the accused is lucky with the application of the criminal law, because the new one, which is valid from December 1, 2019, envisages a life sentence, and the old one was applied to her because she committed the crime before that. The Higher Public Prosecutor’s Office in Belgrade announced that it would appeal the verdict and demand that the defendant be sentenced to a maximum of 40 years in prison. They point out that she showed ruthlessness and cruelty during the murder, while the victim was unable to resist and was 80 years old at the time.

During the procedure, it was determined that the next day she threw an armchair out of the apartment, from which she could not wash the blood of the murdered, and then set it on fire. She sold the jewelry she took to two goldsmiths for 142,600 dinars and 9,000 dinars and kept that money, and used the 1,200 euros she prepared to return to pay for the rented apartment.

– Your confession was of great importance for the court, because it contributed to resolving the procedure and it was taken as a mitigating circumstance, as well as not being convicted and having a minor child – Judge Trifunović explained.

– The court did not accept your defense that it was not a murder out of selfishness, because the evidence denies you, the receipts from the goldsmith, the money withheld. The aggravating circumstances are your attitude and behavior after the act was committed, how you covered your tracks and the persistence and a kind of ruthlessness shown. JS