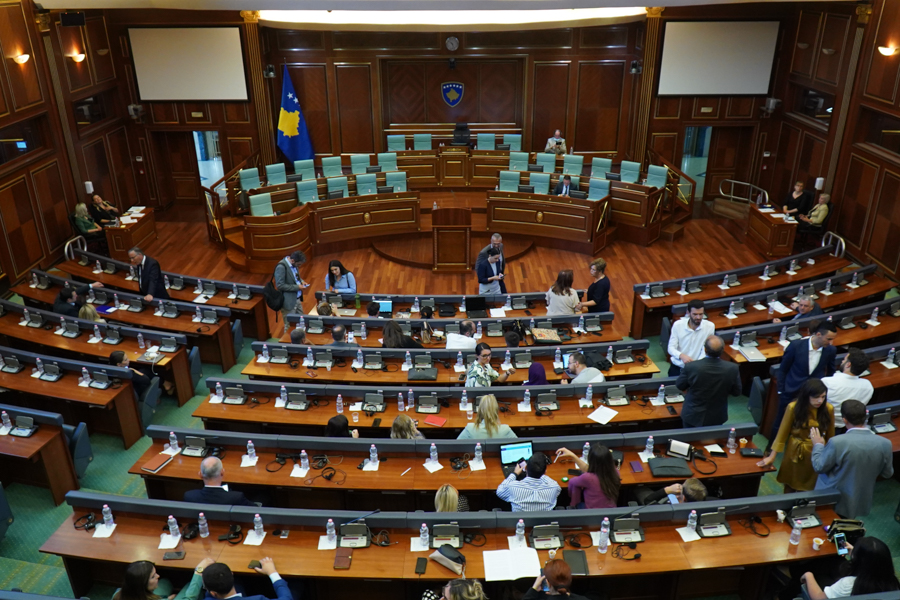 The Democratic Party of Kosovo has addressed a host of criticisms of President Vjosa Osmani and her husband, Prindon Sadriu. According to them, the presidential family, Osmani-Sadriu cost the Kosovo budget over 70 thousand euros per year.

The MP of the largest opposition party, Floretë Zejnullahu in today’s session of the Assembly of Kosovo, said that this family is treating Kosovo as a monarchy and that the same receive about 33 minimum wages for a month.

“The President of Kosovo Vjosa Osmani and her husband Prindon Sadriu receive tens of thousands of euros only salaries from the Kosovo budget. Vjosa Osmani’s presidential family is treating Kosovo as a monarchy, while this family receives more money from the state budget within 1 year than any other citizen of Kosovo. From the declaration of assets to the Anti-Corruption Agency, this family receives from the Kosovo budget more than 33 thousand euros salary for only 1 year, her husband who has already been promoted in diplomacy receives over 36 thousand euros salary for one year. “So the presidential family Osmani-Sadriu receive from the budget of Kosovo more than 70 thousand euros during a year”, she said./E.Zeqiri

Fútbol, Flags and Fun: Getting Creative to Reach Unvaccinated Latinos in Colorado