Pelosi on Tuesday in Taiwan 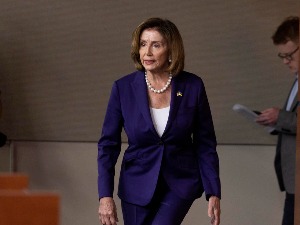 Citing unnamed sources, Liberty Times, one of Taiwan’s newspapers, reported that Nancy Pelosi is scheduled to attend a session of Taiwan’s parliament on Wednesday morning before continuing her tour of Asia, Reuters reports.

Taiwan’s foreign ministry said it had no comment on reports of Pelosi’s plans.

The claims of the local media are unexpected, since from Nancy Pelosi’s office on Sunday it was announced that the US official in Asia will visit Singapore, Malaysia, South Korea and Japan.

Beijing had previously asked her to drop her plans to visit Taiwan, which the People’s Republic of China considers its territory.