Inter took advantage of Milan’s draw against Udinese (1: 1) and won the match against Parma to increase the difference of points to six, writes “Zeri.info”.

“Zikaltrit” led by Antonio Conte have defeated Parma with a close result 1: 2, in the meeting valid for the 25th week in Serie A.

The two goals that had the value of full points were scored by the Chilean striker, Alexis Sanchez. The Chilean initially scored in the 54th minute, while for 0: 2 he scored just eight minutes later.

The locals did not give up and narrowed the advantage to 1: 2 in the 71st minute with the author midfielder, Hernan.

Alexis Sanchez was the player with the highest score in this duel (8.4) from the site “Whoscored.com”, while with the high score of “Neurazzurrët” were also Lukaku who assisted twice (7.3) and Hakimi (7.3).

Defender Valenti was the failure of the home game after receiving the lowest grade (6.2). 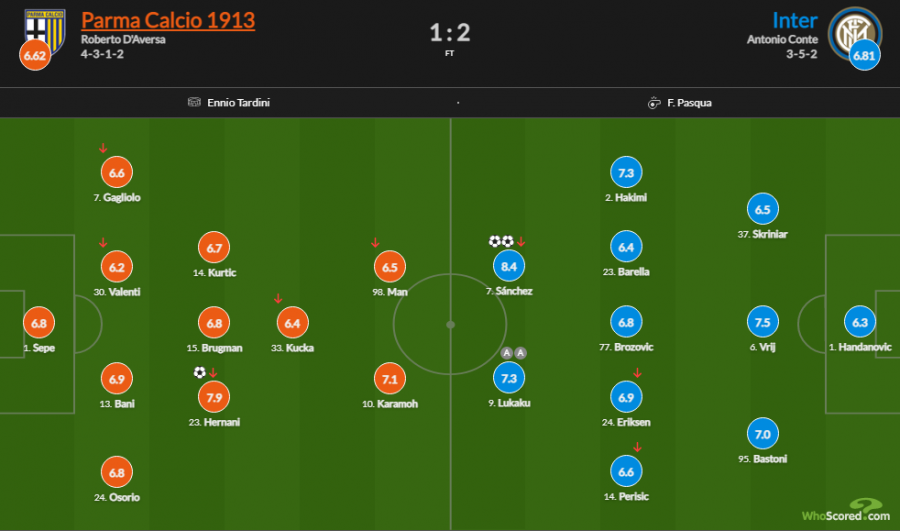 Parma remains penultimate with only 15 points accumulated in total. /Zeri.info

Serbia has rolled out the red carpet to China – but at what cost?