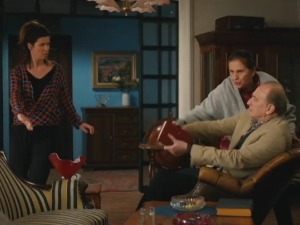 In the Radio Mileva series, laughter is guaranteed. In the favorite genre of many – comedy, everyday life will become a problem for the tenants of a Belgrade building. The team of the series says that it is lucky that Mileva, her family and neighbors will be in the homes of all of us.

“I think that our strong trump cards are the extraordinarily written script and the division, which seems to be the best that could be found,” says director Elmir Jukić.

Clever, self-confident and energetic, Mileva solves the problems of her neighbors in unusually witty ways. It is similar in her house.

There aren’t any grounds for felony proceedings for the…

“They don’t have some big problems. Their big problems are those on a daily basis. But because of their characters and character traits, that conflict takes on the dimension of something that, as I would say, is read as something most important in their lives, “says Olga Odanović, who interprets Mileva’s character.

They solve difficult situations and worries in a bar owned by a former criminal, played by Nikola Kojo, and across the street in a hair salon owned by Anđelka Prpić.

The poet, opera singer, students, psychiatrist, painter live in the building … Tihomir Stanić, Svetozar Cvetković, Bojan Dimitrijević, Đordje Stojković, among others, will give them a television life.

As they make provocative moves, Angela Martini shows the intimate part without underwear

Scotland, first on the planet to introduce free menstrual merchandise