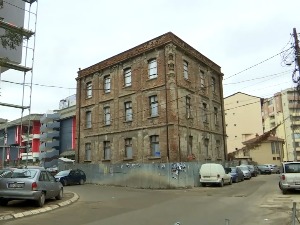 For the restoration project of Jafer Deva’s house the government in Pristina anticipates 300,000 euros in 2023. After an announcement of similar content in February 2022, the UNDP and EU missions suspended the restoration of the house because of, as they announced, the Nazi biography of Jafer Deva.

“They withdrew their political and financial support. It would cause a domino effect in Europe, because after one such case, if this were to be realized, we believe that throughout Europe there would be the reconstruction of houses or buildings where Nazi and fascists operated criminals under the pretext that Pristina did it, why shouldn’t we do it too,” said Dejan Ristić, a historian.

The Museum of Genocide Victims warned the ambassadors of the USA, Germany, Israel and Sweden and the head of the Union Delegation in Serbia about the new announcement. According to Prishtina’s plan, after the renovation, Dzafer Deva’s house will be a cultural center, and the goal is to affirm the dialogue of ethnic communities in Kosovo and Metohija.

“Now imagine a situation in which someone in Poland restores the building where Mengele worked, then turns that building into a cultural center, with the aim of affirming the dialogue between the German and the Jewish and the Polish people. So that is something that is completely anti-civilizational and absolutely unacceptable and unacceptable,” stated Dejan Ristić, historian.

“The very announcement of the restoration of the house of a man who was officially convicted by a historical court as a war criminal, whose effects in the Second World War, if we can say so, left a bloody mark and far-reaching consequences not only for the Serbian population of Kosovo and Metohija, but also for members of other non-Albanian community, but also of the Albanian people themselves,” said Vladan Virijević, history professor from Kosovska Mitrovica.

“There is no washing of history!”

Last year, when everything was ready for the start of conservation and restoration, Serbs in Kosmet and numerous organizations reacted by recalling Deva’s role in recruiting fighters to the SS division “Skenderbeg”. International officials also reacted, including the German ambassador in Pristina.

“No washing of history! The culture of memory and the preservation of cultural heritage must be understood as opportunities to face the past in an open, truthful way. Do not twist the truth about the Holocaust or about the war crimes committed by the Nazis and local collaborators. The German Embassy is ready to support every reasonable approach to the culture of memory in Kosovo. This is a culture of memory in the wrong way,” said Jorn Rode, the German ambassador in Pristina.

And while the authorities in Pristina gave an alternative that the house does not have to bear his name at all costs, emphasizing the architectural value, Jafer Deva’s family filed a lawsuit at the Berlin court in Germany against the German ambassador in Pristina, due to defamation of Jafer Deva’s character.

“It is a great shame for our government that they did not manage to show the world that Albanians protect the truth and the most eminent figures of our national history by not saying a single word about these baseless accusations,” said Valjdet Deva, a descendant of Jafer Deva.

“Certainly this moment does not contribute to the improvement and stabilization of the situation. Who and why initiates the reopening of such painful topics, it is difficult to say now, we can assume, but I think that it really does not lead if the goal is to calm the situation and improve the quality of life and relax political tensions on KiM”, pointed out Vladan Virijević.

Deva was the mayor of Kosovska Mitrovica and the minister of interior affairs of Albania during the German occupation. There is already a mural of Džafer Deva in South Mitrovica, a street bears his name, just like in Uroševac and Priština.