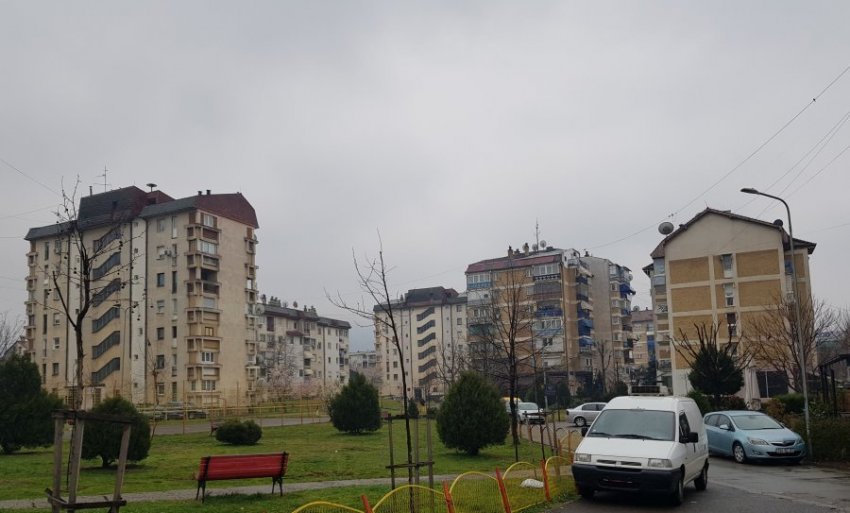 The Municipality of Prizren has initiated procedures for the project of renovation and rehabilitation of some collective housing buildings in the city, with the participation of residents. Municipal bodies have published the list of beneficiaries, which includes 12 apartment buildings in different areas of the city, in which case the amount pledged by residents for participation according to bank evidence goes to over 14 thousand euros. But representatives from the opposition have called for this project of the Municipality, not to apply participation, due to the aggravated economic conditions of citizens in a pandemic period.

The announcement of the Directorate of Urbanism and Spatial Planning clarifies that after the call for application published in January this year for the renovation of collective housing buildings, the required documents were received and that the Evaluation Commission has selected the list of beneficiaries.

“The amount of participations that has been proven to us according to bank evidence is 14,122.90 euros. After preparing the pre-measures we will start the procurement process. 214 housing units will also benefit from this investment. It is worth mentioning that so far we have invested in a total of 22 collective housing for the same purpose, with this investment we will reach 34 collective housing. “Every year, with a fixed budget and with participation, we will continue to invest until the repair of all roofs of collective housing”, it is said in the announcement of DUPH, published weeks ago on the website of the Municipality of Prizren.

However, the member of the Municipal Assembly of Prizren from the ranks of the opposition AAK, Vjollca Kabashi has requested that for the renovation and rehabilitation of multi-apartment buildings to remove the participation of residents.

“Remove the participation of collective objects, when it is seen what pandemic situation we are in. Therefore, there are complaints from all citizens of these apartments where water flows from the roof and rain sheets. “Citizens say that we do not have the opportunity to participate”, she said during the last session of the MA.

On the other hand, in the public announcement of the Directorate of Urbanism published in January this year, it was stated that the renovation of the roofs of apartment buildings this year will be carried out with participation, as the amount allocated by the Municipality does not cover the requests submitted by citizens.

“DUPH informs all citizens that regarding the project ‘Renovation of roofs of collective housing in the Municipality of Prizren’, which is planned to be done during this year through the budget allocated for this project, will be done with the participation of citizens these apartments, as the allocated amount may not be able to cover all the submitted claims. Until 31.12.2020, DUPH has received about 70 requests for renovation of roofs by residents of collective housing in the city of Prizren and that of the 70 requests submitted, only about 10% of them will be renovated roofs “, it was stated in this announcement, where it was clarified that the selection of beneficiaries will be done by the evaluation commission based on the defined criteria.

“The planned budget for 2021 is 190,000 euros, while it is worth noting that for 4 apartments, DUPH had pre-measures and that from September 2020, procurement procedures have started regarding the apartments in question, but such a process does not was completed by December 2020. Therefore, the amount for these four apartments will be paid from this amount, while the rest of the amount with the participation of residents is claimed at the completion of 7 or 8 other apartments by the end of 2021 “, It was said in the announcement of DUPH.

As for the project of “Painting the corridors of collective housing”, DUPH had emphasized that priority will be given to buildings built before 2000, where the amount planned for this project is 100,000 euros.

In April last year, the opposition accused the Municipal Executive of favoring local authorities during the implementation of a project to renovate the roofs of apartment buildings.