Residents of the Nis settlement didn’t obtain mail for a month: Then they heard that the POSTMAN FIRED AND WERE SHOCKED WHEN THEY LEARNED WHAT HE DID WITH THE SHIPMENTS 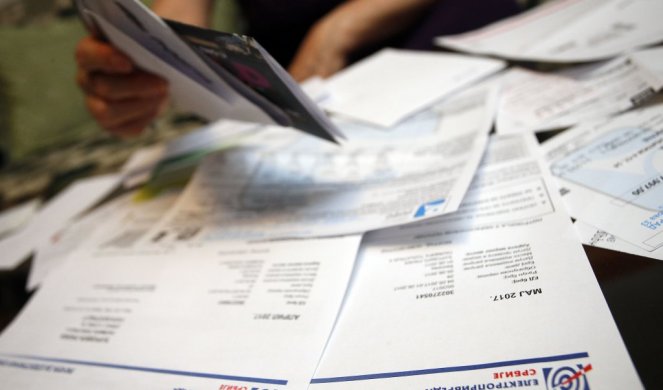 Residents of Nis who live in this part of the city, did not manage to get any official information about what happened to them with the post office, which revolted them, especially when they found out about the unprecedented move of their mail delivery person.

The “Post of Serbia” confirmed to the Telegraph that their employee who was hired, as they said for occasional temporary jobs, voluntarily stopped working before the contract expired, but they emphasized that “according to his statement” he had previously delivered all shipments. The citizens of Apelovac deny these allegations and point out that they found themselves in big trouble not only because of the bill but also because of other important shipments that disappeared without a trace.

Ljubiša Stojanović from Đorđa Krstića Street says that he heard that the postman threw away all the items, and that he thinks that he should be held accountable for that.

– I did not receive any mail in February, I was interested and unofficially found out that the postman threw all our mail. It is really inhumane, if he didn’t want to finish the job already, he should have returned the items to the post office, for someone else to divide them. Due to his whim, I can’t pay the bills, that call to the number changes every month, so I can’t use the data from the old one, and I have to pay plus interest – says Stojanović.

– Now my bills have accumulated, from my pension of 20,000 dinars, I have to pay everything at once, including interest. I was worried that there was no bill, you know, pensioners, we pay it first, and then how much we have left. I am still amazed, this has never happened before, and I am even more surprised that this man could have been so irresponsible – the woman commented on the unusual event.

Sasa Kocic explains that he peeked into the mailbox every day, but that it was empty.

– I thought that our mail was not accidentally put in someone else’s mailbox, I asked the neighbors who also confirmed that they did not receive anything. One told me that he was convinced that a neighbor he was not talking to stole his mail, and that he found out that he suspected him of the same thing. Terrible, really, especially because I pay the bills electronically, and now I was forced to wait in lines during the epidemic to settle my debts – this Nishlija says while showing an empty box.

The same situation is in Igmanska Street where Angelina Tričković lives.

– We pay our bills properly and we were very upset that they were not in February. My husband was looking for bills on the internet, he had to print them out, so he went to pay them. Shame, I have nothing else to say – said the woman who lives in the number.

Private entrepreneur Sasa Jovanovic from Trstenicka Street says that he had a lot of problems, because he did not receive any business correspondence.

– I inquired and I can testify that the entire settlement did not receive mail in February. I learned from an acquaintance who works in that public company that the postman resigned and took the mail. I don’t understand what that behavior is, so I guess he should have paid off first, not like this. This really needs to be paid for by someone – said Jovanović.

Lawyer Milan Markovic from Triglavska had the biggest problems, considering that he will only find out what damage his clients suffered due to missing deadlines caused by non-submission of court documents.

– Due to non-submission of documentation, there is a risk that I will lose the deadline for appeal, response to the lawsuit, etc … These are preclusive deadlines, which are not extended, but lead to loss of rights. The damage can be irreparable, this is a precedent for a postal worker to resign and to destroy the shipments of the entire settlement out of revolt. This is the reason for filing a lawsuit against “Post of Serbia”, which has objective responsibility, but I will decide on that in the foreseeable future after consulting with colleagues, because this must not happen again – concludes Markovic.

The letter that “Post of Serbia” delivered to the Telegraf journalist regarding this case states that they had only one telephone remark regarding this case. However, the citizens of Apelovac emphasize that they did not consider it their duty to inform this public company about the omissions of their employee for whose work they are responsible.

The Ring of Prishtina – Bota Sot is unlocked