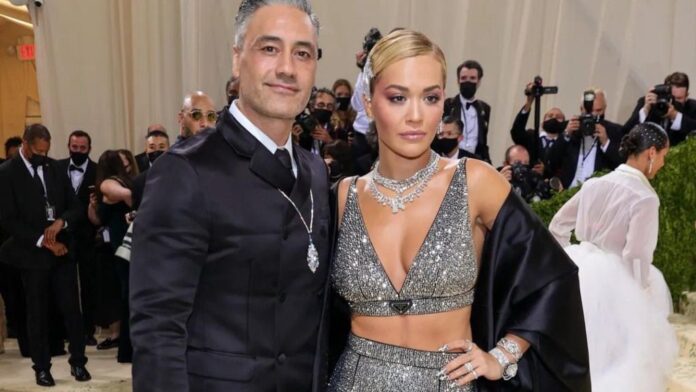 Pop star Rita Ora, 30, has given a rare glimpse into her relationship with director Taika Waititi, 46.

Speaking to Australian Vogue magazine this month, Rita said she is in a ‘wonderful place’ in her life when asked about the new romance. “I am in a wonderful place in my life, that’s all I will say about it,” said the ‘Style Icon’, writes DailyMail.

Rita, who has been in a love affair with Calvin Harry before splitting in 2014, also explained that she had learned a lot about romances during previous relationships. “I just think, with respect, privacy is very important, I learned a lot in my 20s.”

The blonde confession comes after a romantic night spent together in Los Angeles, with an amazing view, the couple could not take their hands and eyes off each other while they were with some friends in Los Feliz. Rita and the New Zealand-born director were first photographed in Australia as the artist was filming for The Voice.

Ora and Waititi made the connection public at the premiere of RuPaul’s Drag Race Down Under at the Sydney Opera House. It is believed that Taika ended her marriage to Chelsea Winstanley in 2018 after seven years, they share two daughters together: Te Hinekahu, eight, and Matewa Kiritapu, five. / Telegraphy /