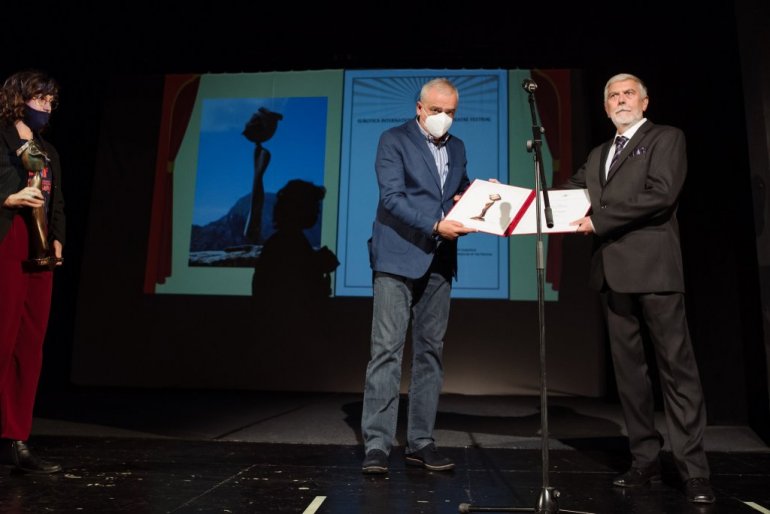 The winners of the Lifetime Achievement Award “Little Prince” awarded by the Festival for outstanding contribution to the development of culture and performing arts for children are director and actor Jovan Caran, and creator of puppets, costumes and scenography Ludmila Konstantinova Hense, from Kazakhstan. At the ceremonial opening of the Festival, the awards were presented to this year’s laureates by the Mayor of Subotica, Stevan Bakić. Mayor Bakić presented the Charter for Life Dedicated to Creativity for Children, posthumously to the director Dragoslav Todorović, to Erika Janović, associate of Dragoslav Todorović.

In his welcome address, Mayor Bakić stated that children’s joy and love for good performances gathered us for the 28th time in Subotica, at the big international festival of children’s theater, and that a modest Festival was held last year because, as he said. , “The coronary virus pandemic separated us from our friends around the world who wanted to visit us and show their great performances to the children of Subotica.”

“Despite all the challenges, we did not allow the tradition to be interrupted, fear to overpower art and silence children’s laughter. It is precious that we gathered then and presented the highest award of the Festival to our Vladimir Andrić, who marked the growing up of many generations in Serbia. It was the last opportunity for such an honor, because the great artist left us in February this year. That is why we must persevere in nurturing and celebrating life and creativity, because every day and every event dedicated to beauty, play, togetherness and children is an invaluable value and inspiration in the face of difficult times and huge challenges that the world poses to each of us, “he said. is Bakic.

On behalf of all citizens of Subotica and on his own behalf, he expressed gratitude for the assistance in the realization of this event to the Ministry of Culture and Information and the Provincial Secretariat for Culture, Information and Relations with Religious Communities. 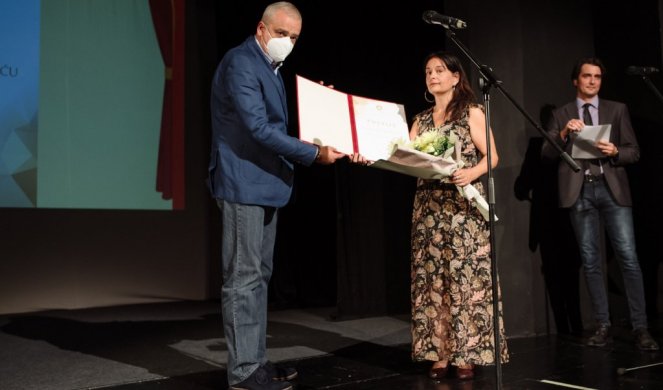 “I especially thank the dedicated management and employees of the Open University of Subotica, who, through the organization of this and other most important cultural festivals in Subotica, always justify our great trust and support that the city provides them. I congratulate the winners of the awards and greet all our dear guests, wishing them a warm welcome to our city, which will surely remain in their fond memories, “said Mayor Stevan Bakić.

Addressing the audience after he was awarded a diploma and a statue of the “Little Prince” award, Jovan Caran said that it was “frightening to know” that he was in the company of such great people as Henrik Jurkovski, Boris Goldovski, Srboljub Lule Stankovic and many others. 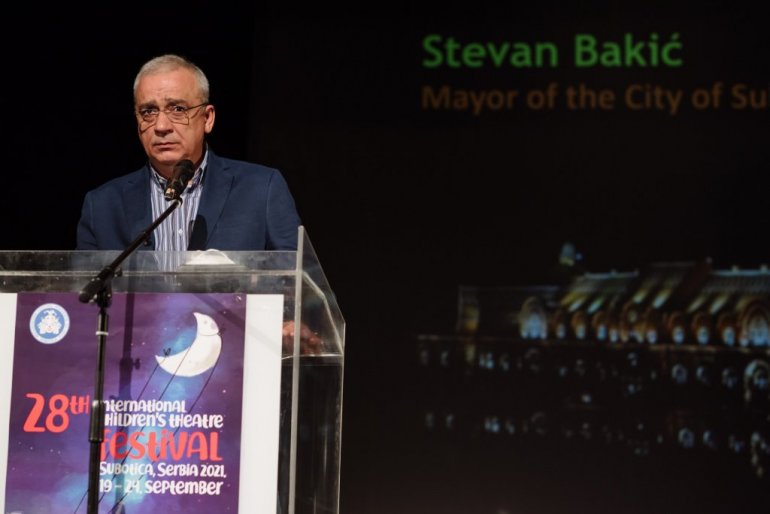 “It’s even scarier when I remember that I should compare my works with all those greats. But, I also have something to do with all of them, and that is my commitment to this work and my constant need to encourage those less conceited muses to sometimes send their blessings to our children’s theater and art for children, “said Caran.

Ludmila Konstantinova Hense thanked the organizers of the Festival for this wonderful award and wished that as many performances as possible appear at the Festival that will delight the audience, especially children. After the ceremony organized on the occasion of the opening of the Festival at the Children’s Theater, the competitive program was opened by the play “Ghosts of the Forest” from Brazil on the “Adriatic” stage of the National Theater.

Within the competition program of the 28th International Children’s Theater Festival, which this year is held from September 19 to 24, organized by the Open University of Subotica, there will be 10 plays for children from Israel, Germany, Hungary, the Czech Republic, Croatia, Brazil, Slovakia, BiH (Republika Srpska) and Serbia.

The jury of the main competition program consists of Sandrine Gratalup, an independent cultural worker, former vice-president of ASSITEJ in France and member of the board of Scenesd’enfance-ASSITEJ of France, and this year’s winners of the “Little Prince” award, Jovan Caran and Ludmila Konstantinova Hense. This year, for the first time, the Young Jury was formed, which consists of children of primary and secondary school age. This jury will award the Young Audience Award for Best Performance.

The International Children’s Theater Festival presents the Grand Prix for the best play as a whole, awards for the best director, best scenography, best original music and the best aesthetic and technological solution of puppets, as well as five equal awards for acting skills and a special award for originality and fantasy.

The rich accompanying program of the Festival will include the 12th International Forum for Research in Theater Arts for Children, exhibitions, workshops and book promotions. The International Forum for the Research of Theater Arts for Children and Youth in Subotica is the largest theatrical gathering in this part of Europe and brings together theorists and theater researchers from 16 countries and three continents. A total of 30 participants in this important gathering for theatrical art will be mostly guests in Subotica, and a smaller part of the participants will present their work online. This event will be held in the new space of the Subotica City Library.

The Children’s Choir “Iskončići” and OKUD “Mladost”, from Subotica, performed at the opening ceremony of the Festival.

All festival programs will be held in accordance with the measures to fight the Covid-19 virus pandemic and taking into account the safety of visitors and festival participants.