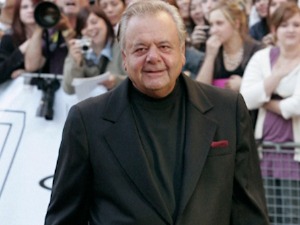 Paul Sorvino, instead of becoming a singing star, succeeded in Hollywood playing various roles, but most often they were quiet, dangerous people, like Polly Cicero in Good Guys.

Sorvino, who has been active in film and television for more than half a century, is also known for his role as a police sergeant in the TV series Law & Order.

Sorvino died of natural causes at the Mayo Clinic in Jacksonville, Florida, his spokesman said.

Born in Brooklyn in 1939, Sorvino studied music and originally wanted to become an opera singer before turning to acting.

He also played notable roles in the films Dick Tracy, Nixon and Red.

He is the father of three children, among whom is the Oscar-winning actress Mira Sorvino.

He said that he had always been fascinated by the human voice and that he sang in hotels as a teenager. He dreamed of becoming an opera singer, but asthma forced him to devote himself to acting.

Learning to control his asthma through breathing exercises – he later founded the Sorvino Children’s Asthma Foundation and wrote the book How to Become a Former Asthma in 1985.

He made his Broadway debut in the mid-sixties, and his first film was the comedy Where’s Papa, followed by Panic in Needle Park, opposite Al Pacino.

He was nominated for a Tony Award for his role in That Championship Season, which he reprized in the film version.

Mira Sorvino said goodbye to her father in a post on Twitter saying: “My father, the great Paul Sorvino, has passed away. My heart is broken – a life of love, joy and wisdom with him is over. He was the most wonderful father. I love him so much. Dad, I’m sending you love in the stars as you travel to heaven.”