RTS :: Petition to offer free accompaniment to moms throughout childbirth 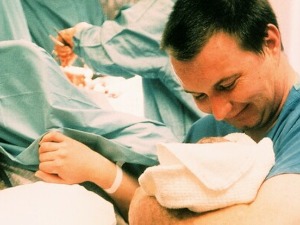 The reason for the campaign launched by the organization “Start the Change” is that many mothers in Serbia experienced some form of obstetric violence during childbirth, and some of them mustered the courage to speak about it publicly.

Mothers who experienced obstetric violence would prefer to forget the day they gave birth, because before, during, or after childbirth, they experienced various forms of violence from the medical staff.

From insults, humiliation and shouting, all the way to neglect, medical errors and various other forms of inhumane treatment.

Research has shown that the presence of the father during childbirth, or some other person of the mother’s choice (midwife, doula, family member…) facilitates the very act of giving birth and reduces the risk of complications and the need for additional interventions during childbirth, according to the explanation of the reasons for the petition .

Because of all this, a petition has been launched, which can be done sign online as wellwhich appeals to the Ministry of Health to, following good examples from the region and the world, enable the free presence of an escort during childbirth.

In the price list on the website of the Narodni Front Gynecology and Obstetrics Clinic, for example, it is written that the father’s presence at the birth is charged 5,000 dinars. It is not indicated whether another person trusted by the mother can attend the birth. In the midst of the corona, the presence of the father was forbidden due to the epidemic situation.