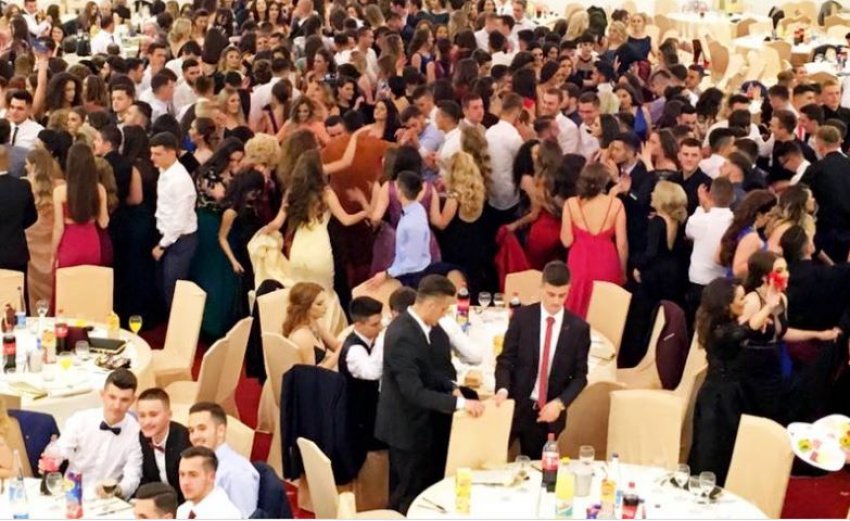 The graduates of the Gymnasium “Sami Frashëri” in Prishtina have decided to organize the “graduation evening” at noon today in a bar in the capital.

However, this celebration of theirs did not last long.

The signal learns that in the school yard and in the restaurant “Sami Caffe” came the Kosovo Police, which dispersed the students and fined the cafe in question.

The news was also confirmed by Shkëlzen Xhafa, coordinator from the Kosovo Police.

“The police went at 11:00, received information that a party of students was organized in the school yard and contacted the school administration and took measures to disperse them, because it is against the law. “about the Pandemic,” he said.

Xhafa announced that the police have imposed fines on the restaurant that organized this party.

“During the patrol there, he also met a bar nearby, who had organized a kind of graduation inside the bar and he was issued a report for not keeping distance.”

The police coordinator announced that a large number of graduates were present on this “prom night”.

“It was a very large number, meaning all those who have completed the Matura and the same are distributed, because it is a problem and is contrary to the Law on AntiCOVID-19,” he said.