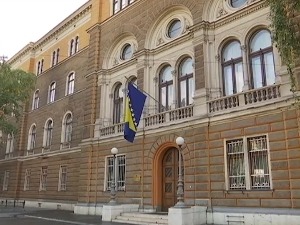 Because of the new use of the Bonn powers of the high representative in Bosnia and Herzegovina – some breathed a sigh of relief, some heaved a deep sigh. Christian Schmidt imposed changes to the electoral law, because, as he said, the politicians could not come to an agreement.

Schmidt says that elections are not a coin to bribe parties, but a basic right of every individual. “I am pleased to be able to return the elections to everyone, so I am ordering and bringing a transparency package that guarantees a free and fair campaign,” adds Schmidt.

For now, the changes are only of a technical nature and aimed at banning the misuse of public resources and hate speech. Three times higher fines are also foreseen.

Days earlier, exclusively in the media, there was mention, however, of a much more rigorous amendment of the law and the federal Constitution and the notion of an ethnic census, which would enable the Croatian people to have a fairer choice of political representatives. This brought the citizens, led by Bosniak politicians, in large numbers in front of the High Representative’s building in Sarajevo.

Assistant professor at the Faculty of Political Sciences, Despot Kovačević, believes that this happened because pressure was obviously exerted.

“The event itself is pressure, although Christian Schmidt said that it is democratic to protest. But what he did not say, and it is obvious that the proposal did not even come out, was not adopted, and the citizens knew what it said. Everyone gave their opinion on the document that was not except the one who was supposed to bring it,” says Kovačević.

The High Representative in Bosnia and Herzegovina claims that he only put the political changes on hold, because he wants to give Bosnia and Herzegovina’s politicians another chance for an agreement. He hopes that it will be possible before the elections on October 2, and they are also hoping for that in Zagreb.

Considering his announcement that he will once again put the possibility of intervention and the Constitution on the table, we believe that Šmit will be a kind of dam before these elections – wise, decisive and constructive and fix what was broken before, adds Plenković.

For now, Schmidt’s only decision on technical changes was sent to all political actors, even the cabinet of the Serbian member of the Presidency, although they do not recognize the high representative in the RS. Milorad Dodik, however, replied to him with a longer letter.

“BiH, with the high representative, and with you in particular, has become a non-sovereign, inefficient, quasi-state, a modern-day protectorate, which violates the human rights and freedoms of the constituent peoples and citizens. Your, let’s call it ‘decision’, goes one step further. You strike with all your might at that which represents the will of the people, which is realized through the elected representatives in the authorities,” Dodik’s letter states.

In such a political climate, observers find it hard to imagine that an acceptable solution for all three constituent nations will be found before the general elections on October 2.

Despot Kovačević is skeptical. The question is whether there will ever be space and time to reach a solution that would suit all constituent peoples. Dodik highlighted an important fact in the previous days – the three nations did not agree on this law either, it was also imposed, Kovačević states.

“All solutions in BiH have been imposed. Until October 2, there would be many problems in the implementation of such solutions, and after that date the question is how everything would be implemented,” Kovačević adds.

There is time to implement the imposed solutions – they said in the Central Election Commission of Bosnia and Herzegovina. They announced that Schmidt consulted with them before imposing the changes and welcomed the fact that for the first time the highest representatives of political parties will be able to bear responsibility for violating the law.