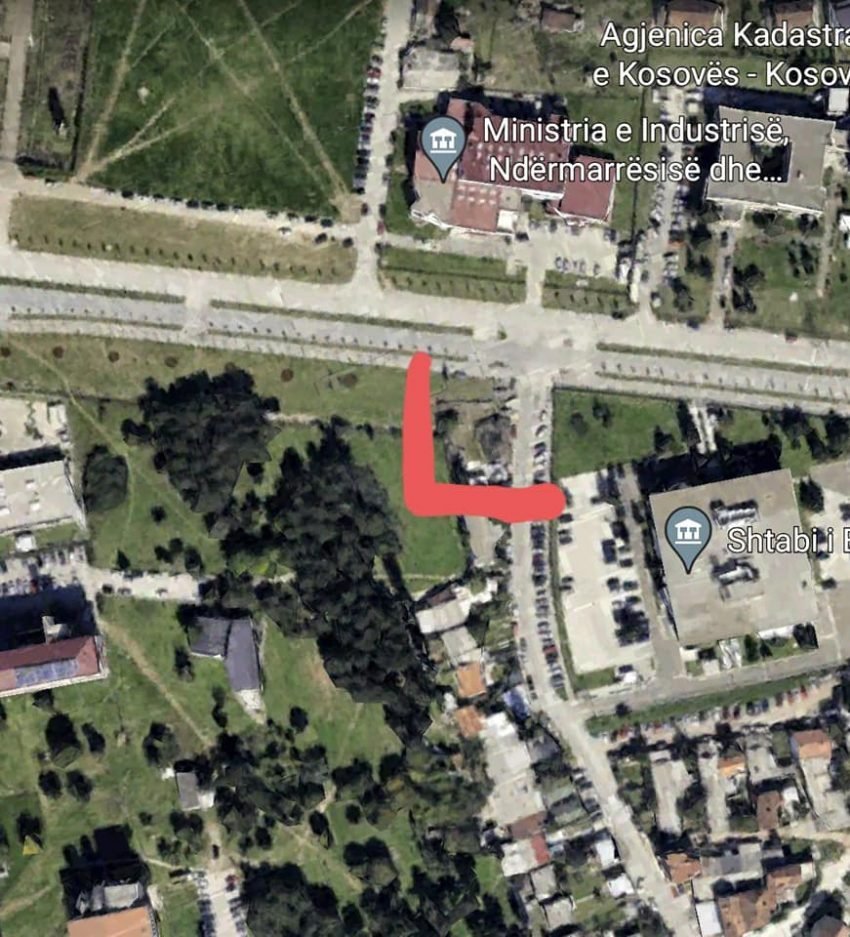 PDK Assembly member in the Municipality of Prishtina, Muhamet Selmani has explained to the citizens where exactly the building of the German Embassy will be built.

Selmani said that this facility will be located at the intersection of Arbënor and Astrit Dehari and Holger Pedersen streets, thus not affecting the green area.

As your representative in the Municipal Assembly of Prishtina, let me explain to you regarding the proposal of our municipality to allocate a plot of land for the German Embassy, ​​where it is planned to build the building of the embassy of the German state and people.

It is very misinformed these days that the proposed plot lies in the park between the Pediatric Hospital and the KMA.

But the truth is different, because the part planned to be given to the German state and people with a total of 792m2, lies on plot no. 02719-1, exactly at the intersection of Arbënor and Astrit Dehari and Holger Pedersen streets (traffic lights near MTI and EULEX), see photo 1 part in red.

This part is now mostly used as a parking lot. So the proposal of the municipality does not affect the green part in that area.

I therefore have the honor to support this proposal on your behalf.

Osmani for Luan Haradinaj: One of the icons of the KLA war – Latest News