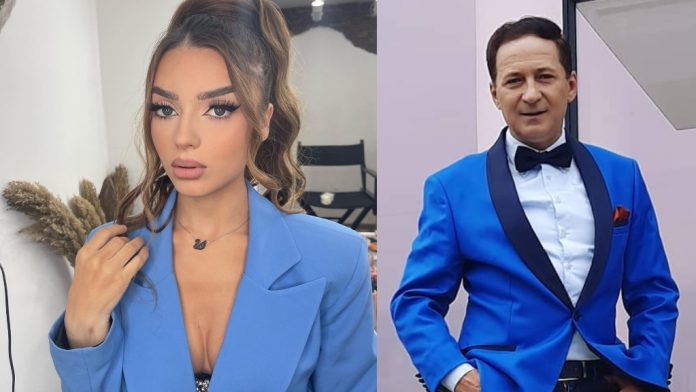 A few days ago in the show “Për’puthen” an unusual situation occurred as for the first time the program analyst and a competitor faced.

For all the long-standing tension between them, Cindy and Arjan Konomi have been pitted against each other. What stood out in their conversation was Cindy’s statement, which said that the analyst’s comments were the reason why the meetings with the boys did not go well and now it is not consistent with any of them.

Their confrontation was fierce, but the harshest was the part that was not broadcast on the screen. The commentator of “Për’puthen Prime”, Meridian Ramçaj, has shown through a story on his Instagram account what really happened in their confrontation.

He has shown that behind the scenes, Arjani has called Sind a rogue, also judging her family. However, these parts have not been broadcast to the public, although the cameras are on all the time, even behind the scenes.

You can find the full post in the photo below: