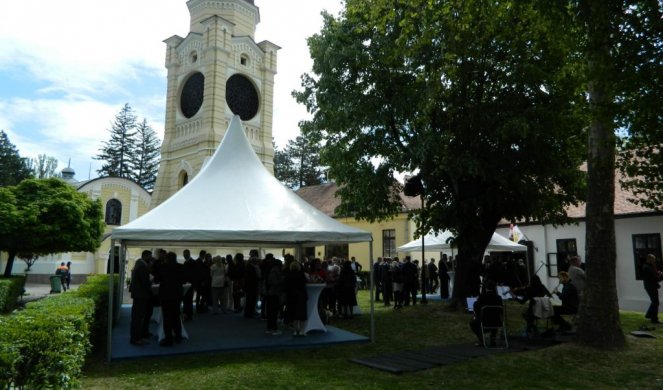 As the mayor of Kragujevac, Nikola Dasic, said in his address, “the time between the two St. George’s Day was marked by the limitations that the pandemic of the corona virus brought with it, which shook our lives.”

– We owe the greatest gratitude to the health workers who have been in the red zone day and night for more than a year. They have borne the brunt of the crisis and have not spared their lives to save our lives. Thank you to all the citizens who have been vaccinated, and I am asking all those who are not to help their city to reach collective immunity as soon as possible. This is the only way to continue and build a better and safer future for our children, said Dasic and stressed that thanks to the funds of the republic, two large projects are coming to an end – apartments for members of the security forces and the Palace of Justice, as well as the construction of the Northern Bypass. around the city, as well as the transition of the city heating plant from coal to gas.

After the solemn session, councilors and city leaders walked to the city center, where a mini concert was performed on the moving stage. Thus, in a modest but beautiful way, with “Đurđevdan” performed by Danica Krstić, they gathered, with a parade of fija and vespa through the city, to mark their day.

Honored citizen of Kragujevac, boxer Mirko Puzović, told Informer after the award ceremony that it was “his favorite award”.

– I am the most trophy boxer of all time, not only in Serbia but also in the former Yugoslavia, but what has been awarded to me today is by far the greatest. It touched me, brought back my emotions and reminded me of the time when I was a child and the days when I started playing sports. Recognition of an honorary citizen of the city of Kragujevac will take an honorable place among all my trophies, and that is why I am joyful and happy – said Mirko Puzovic.

Due to anti-epidemic measures, there will be no mass manifestations for the city day, but at 6 pm in the Gallery of the National Library “Vuk Karadžić” a monograph by Vladan Subotić will be presented, and at 7 pm in the Knjaževo-Serbian Theater will open the play “Crying again, but now out of happiness” performed by the actors of this theater.

In the evening, at 8 pm, the Legacy of Nikola Koka Janković will take the place of a two-artistic performance “Living Art – Living Art” without the presence of the audience, in an electronic version on the YouTube channel RTK and GTO Kragujevac.

Fireworks from the City Administration building start at 9 p.m.

The plaque of St. George was posthumously awarded to Mikica Zdravković, the leader of the band ČBS and the founder of “Arsenal Fest”, who passed away from the crown last year. In the field of art, the winner of the St. George’s Day Award is the Association of Citizens “Opera Nova Kragujevac” for the premiere performance of Christoph Willibald Gluck’s opera “Orpheus and Eurydice”.

For the field of science, the winner is prof. Dr. Maja Andjelković for published two trilingual monographs – a translation from the Serbo-Slavic work of Saint Sava “Life of Saint Simeon” and accompanying texts. In the field of medicine, this award was given to Dr. Bora Evtov, posthumously, for his exceptional contribution to medicine during his working life, who unfortunately passed away as a result of COVID-19. Geographical Olympiad (Egeo) won two gold and one bronze medal in the competition of 100 students from 15 countries. In the field of sports, the assembly decided on Goran Ilić for success in bodybuilding competitions – winning first places at the Balkan and Diamond Cups, as well as third place at the World Championships.

The Kragujevac Health Center and its employees received this recognition for their humanity, as well as Igor Janković for the courage and sacrifice shown in rescuing the participants in the traffic accident from the Lepenica riverbed.

Zemaj for LVV: Taking a Neck with Hypocrisy – Latest News