Serbia Investigating Reports Of Soldiers Fighting For Russia In Ukraine 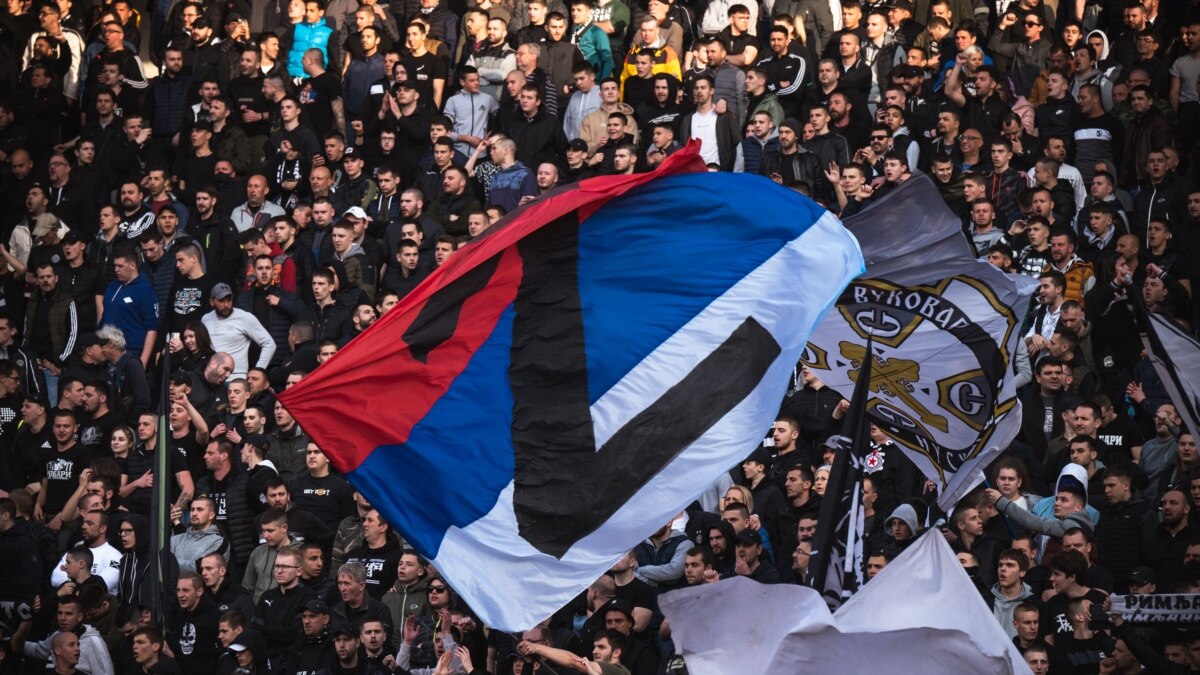 Ukrainian forces repelled fresh Russian attacks in the east, the Ukrainian military said on January 16, as Western allies debate whether to send aid such as heavy tanks that Kyiv has requested as it seeks to break through Russian lines.

Meanwhile, the death toll from a Russian missile strike on an apartment building that housed around 1,700 people in the central Ukrainian city of Dnipro has risen to 40, Ukraine’s military said. Some 30 people are still unaccounted for, officials added.

The spokeswoman for UN Secretary-General Antonio Guterres said that “a strike hit a residential building in Dnipro on [January 14] in one of the deadliest attacks in Ukraine since the start of the Russian invasion last February.”

“The secretary-general condemned this attack, saying that this was another example of a suspected violation of the laws of war,” she added.

Sweden, which holds the EU presidency, condemned the Dnipro attack “in the strongest terms.” The prime minister, Ulf Kristersson, added that “intentional attacks against civilians are war crimes.”

WATCH: As search teams scoured the rubble in Dnipro for survivors and bodies, volunteers served hot food to those who were left homeless by the attack and helped them salvage their belongings.

The attack on Dnipro was part of a widespread wave of Russian missile strikes that included Ukraine’s largest cities — the capital, Kyiv, and Kharkiv.

During a call on January 16 with reporters, Kremlin spokesman Dmitry Peskov again denied that Russian forces target residential buildings, suggesting instead that it was hit as a result of Ukrainian air-defense operations.

Russian forces continued to target Ukrainian positions and civilian settlements in Luhansk and Donetsk, Ukraine’s General Staff said in its daily report on January 16, as uncertainty continued over which side controls Soledar — which has been shelled into mostly ruins by Russian forces.

The Russian military has said it is in control of Soledar, a claim denied by Kyiv, which said that heavy fighting is continuing in and around the strategic salt-mining town in the Donetsk region.

A Russian victory in Soledar would allow Moscow’s forces to inch closer to the bigger city of Bakhmut to the south, where pitched battles have been raging for months.

The British Defense Ministry said that, as of January 15, Ukrainian forces “almost certainly maintained positions” in Soledar, where intense fighting continued over the weekend.

The Ukrainian military said that Russian forces also continued to target energy and civilian infrastructure in the Zaporizhzhya, Dnipropetrovsk, and Kherson regions.

As the fighting rages on with both sides apparently suffering heavy casualties, Kyiv has been pushing for heavier weaponry such as tanks and armored vehicles that will help it punch holes in Russia’s front lines.

Over the weekend, Britain pledged 14 Challenger 2 tanks to Ukraine, which would make it the first Western country to heed the calls.

Warsaw and Helsinki have already pledged to send some of their Leopard 2 tanks to Ukraine. Analysts say Leopard 2s are superior to the tanks Russia has deployed and would give Kyiv a decided advantage.

The calls come as US Secretary of Defense Lloyd Austin prepares to visit Berlin on January 19 and then attend a meeting of the Ukraine Defense Contact Group the following day at the US military base in Ramstein to discuss further support — including military aid — for Ukraine with allies.

In his nightly video address late on January 16, Ukrainian President Volodymyr Zelenskiy said he expects “key decision on arms supplies from our partners” at the Ramstein meeting.

“What happened in Dnipro — the fact that Russia is preparing new attempts to seize the initiative in the war, the fact that the nature of military action at the front requires new decisions on arms supplies — only underscores how important it is to coordinate all the efforts of the coalition defending Ukraine and freedom…ad to speed up decision-making,” he said.

Austin’s visit comes as US General Mark Milley, chairman of the Joint Chiefs of Staff, said an expanded and more complex combat-training program of Ukrainian forces began in Germany on January 15.

Milley said the program, which is focused on large-scale combat, aims to get a battalion of about 500 Ukrainian troops back on the battlefield to fight the Russians in the next five or six weeks.

Milley plans to visit the Grafenwoehr Training Area, where the program is under way, on January 16.

“This support is really important for Ukraine to be able to defend itself,” Milley told the Associated Press. “And we’re hoping to be able to pull this together here in short order.”

The United States has already trained more than 3,100 Ukrainian troops on how to use and maintain certain weapons systems, including howitzers, armored vehicles, and the High-Mobility Artillery Rocket System (HIMARS). Other Western allies are also conducting training on the weapons they provide.

Lambrecht’s departure came as Germany was once again under intense pressure to provide battle tanks to Kyiv after other Ukraine allies pledged such equipment.

Peskov on January 16 denied that such deliveries would have an impact on the course of the conflict, saying that British tanks promised to Ukraine will “burn” on the battlefield.

“The special military operation will continue. These tanks are burning and will burn,” Peskov said, using Moscow’s term for the Ukraine offensive.

He added that such deliveries will “not change the situation on the ground. It will only prolong this story.”

The chief of the UN’s nuclear watchdog on January 16 said the agency was boosting its presence in Ukraine to help avoid a nuclear accident after Russian strikes were also reported in the southern Zaporizhzhya region, home to Europe’s largest nuclear power plant.

Currently, only the Russian-controlled Zaporizhzhya plant, which is near the front line, has a permanent IAEA presence of up to four experts.

“@IAEAorg is expanding its presence in #Ukraine to help prevent a nuclear accident during the ongoing conflict,” Rafael Grossi said on Twitter.

“I’m proud to lead this mission to Ukraine, where we’re deploying in all of the country’s [nuclear power plants] to provide assistance in nuclear safety & security,” he said.

Also on January 16, Belarus said Moscow and Minsk began joint air force drills. Belarus said the drills are defensive, but the announcement came as concerns are on the rise that Moscow is pushing Minsk to join the war in Ukraine.

With reporting by AP, Reuters, and AFP