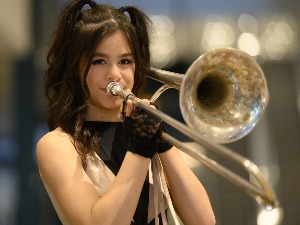 The beauty of Katarina’s voice is perfectly shaped by the music and lyrics of author Ivana Dragićević, while the arrangement was made by Aleksandar Sedlar.

The boy from the video, Martin Zoričić, will be Katarina’s support on the big stage of the “Karen Demirčian” concert and sports complex in Yerevan. She successfully engages in contemporary dance, which is confirmed by the titles won at the European and world championships. He is the current vice-champion in contemporary dance.

The audience from Serbia will be able to vote for Katarina Savić through online voting on the official website junioreurovision.tv.

The performance of Katarina Savić and the song “World Without Borders” will be broadcast on Sunday, December 11, 2022, in the live broadcast of the “Children’s Eurovision Song Contest” on RTS Second Program.